According to MLS, the information will help evaluate how party financing influences public governance and the rule of law.

The lawyers’ body reckons that financially captured parties could undermine the public’s interest.

It turns out none of them—the UDF, DPP, UTM and MCP—has declared their financing. Failure to present sources of party funding contravenes the Political Parties Act.

Folks, the calls from the MLS and Centre for Multiparty Democracy (CMD) are long overdue and the registrar would do Malawians a great service by ensuring that these political parties present audited reports of their finances or suffer the consequences.

It is time the parties complied with the law. Secrecy only raises suspicion that they are using funds siphoned from government accounts and shady deals with their undisclosed funders or capturers.

There is a direct link between illicit party financing and institutionalised corruption at State-level.

The findings read: “The pressures on parties to raise money increases the power of interest groups and individuals to influence party behaviour in exchange for financial support.

“Ruling parties may also abuse their access to state resources, putting opposition parties at a disadvantage.”

This confirms the fears of multilateral organisations that the pressure to finance political campaigns forces government actors to divert resources to their own operations or sell political influence.

It is simple. There is nothing for nothing. No, there is no free lunch in politics.

Parties in developing countries, including Malawi, get funds from private actors in return for preferential treatment when government is issuing contracts.

These illicit party financing schemes have serious implications on the health and operations of the State, especially as corruption and rent-seeking remain widespread in Malawi.

The political parties turn the State machinery into a vehicle to appease their financiers and safeguard their political future.

Government awards contracts with inflated prices to companies and organisations owned by their financiers hoping to get kickbacks from shady dealings.

Since 2014, the DPP regime persisted with the much-maligned Farm Input Subsidy Programme (Fisp) when it was clear the initiative did not provide a reasonable return on investment.

It later transpired that the Fisp benefitted some contractors, mostly those with ties to that regime.

The State persisted with a flawed programme just because it paid back to its keepers and generated a kickback or two for the party in power.

To facilitate underhand deals, political parties place their ‘people’ in strategic positions to twist procurement, auditing and other dos to their advantage.

This has a far-reaching implication in the political system, exacerbating a clan mentality that manifests itself in nepotism, cronyism and regionalism.

The political parties will not risk having technocrats who can objectively evaluate their actions.

Malawians have witnessed one regime after the other sacking officials loyal to their political opponents only to replace them with their own ‘guys’ and continue the plunder.

Ordinarily, these malpractices will not end until all parties disclose the sources of their funds. With transparency and accountability, well-meaning citizens will know the private actors financing political parties.

If Malawians know the financiers behind the political parties’ lavish campaigns, they can gauge whether companies that finance ruling elites are getting undue favours.

Kudos MLS and CMD for initiating the process that will protect Malawians’ legitimate interests from well-funded vultures circling in secrecy. 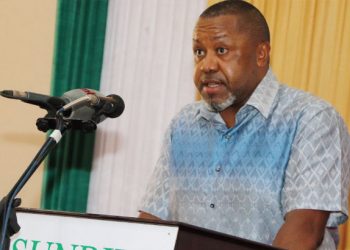 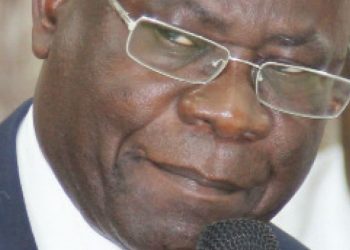