When Peggy Ngwira, 43, saw an opportunity in pig farming and decided to buy land at Likuni in Lilongwe.

She established Faggy Investments, an enterprise that rears and sells pigs, chicken and fish. Peggy now produces sausages and burger patties under her brand, Mother’s Choice to cut down on imports for meat products, consequently helping to promote the Buy Malawi Strategy.

Her animal farm at Likuni, which currently has a staff compliment of 20, has three fish ponds, each of which has about 2 000 fish.

Recently, she was awarded a grant worth $110 000 (about K80.6 million) by the African Development Bank (AfDB) for a meat processing feasibility study.

“This money will be given to a consultant who will work on my meat processing abattoir. I would want to one day own an abattoir. So, with the grant, we will do a feasibility study and when the report is done from that study, it will have the AfDB stamp. I will be able to take that report to any investor in Malawi or outside to invest in the abattoir. So, the feasibility study report will be an asset to me,” she explains.

Peggy also grows guavas, lemons and chillis at the farm. On top of adding value to the meats, she also plans to start doing the same with the chillis by producing chilli sauces and tinned chillis.

Her interest in pig farming sprung from the time she worked with the World Bank funded project, Irrigation, Rural Livelihoods and Agricultural Development (IRLAD).

Among other things, she visited pig farmers and irrigation sites. Slowly, it became her passion and that passion fully blossomed into a business.

However, Peggy says her life turned around after attending the Women Creating Wealth Programme by the Graca Machel Trust as well as the Empretec course.

“It was a life changing experience and I am grateful to Graca Marchel for the training. She opened my eyes to business when I did the Empretec course,” she says,

She adds: “later on I pitched at the then Lilongwe Pitch Night, now 265 Pitch and I was unstoppable”.

Among other achievements, the Local Development Fund (LDF) executive assistant is Graca Machel Trust’s Women Creating Wealth 2016 Alumuus and was the programme’s coach for the 2017 cohort.

She won an African Development Bank (AfDB) $20 000 (about K14.6 million) grant under Ministry of Trade and Tourism for meat processing equipment. In November 2017, she attended the World Entrepreneurs Forum in the Middle East.

She was recently selected for the Cherlie Blair Business Women Mentorship programme which she will undergo between May 2018 and May 2019 under the M-Hub.

Peggy Joy as she likes to call herself, is also a member of the recently launched Commonwealth Business Women (CBW) – Malawi Chapter and a board member of the Youth NGO on Agribusiness Change Mindset ― Youth Agro-Preneurs (YAM).

They are jointly running an outlet called Daily Fresh at Corporate Mall within the capital city, where they sell farm produce from both their farms including meats, fruits and vegetables.

Plans are currently underway to introduce cooked meals in response to their clients’ needs.

For her, working with others; being persistent in what she does, seeing available opportunities and grabbing them are some of the ingredients to her recipe for success.

“We call them 10 competencies in business,” she says.

“Everything at the farm is recycled. We use the green method of farming as a way of preserving the environment. The organic manure that is produced at the farm is later sold in a bid to improve the fertility of the soil for other farmers,” she says.

As a way of reaching out to the community, the enterprise has a programme that focuses on working with an out-growers scheme.

“The programme has identified 15 widows living close to the farm for a start. These widows will be trained as a pilot team in rearing pigs and chickens and will later be given seed which when matured, the company will buy from them. When the programme is successful, the number of widows will be scaled up to 200. This is a way of empowering women and creating jobs,” she says.

Further, the founder is currently complementing efforts to woo more youth into the agri-business sector.

“Already I am a board member of Youth Agri-preneurs (YAM), but I also encourage youth from my church [Capital City Pentecostal Church] to be agri-business minded. I also encourage my ‘God-given’ children to think of entrepreneurship. So I use every opportunity I get, to speak to the youth and encourage them to change their mindset and to think business,” explains Ngwira who likes to call her six adopted children as God-given children.

She was born on September 3, 1975 and is a mother of two biological children and six adopted ones. She calls herself mother of many, as she also has two other children under her care, whose mother [her sister] is currently studying in China, making them 10 in total.

Peggy holds a diploma in administration and another in information processing from City and Guilds. Peggy has also worked for the World Bank.

She is the last born of three, with a brother Andrew and a sister Suzgo. She grew up in a Christian home with a mother who was resilient.

“My mother played a huge role in my life. It is sad that she is not here to see how I am doing. She lived an exemplary life, a very prayerful women and resourceful. She would sell freezes, charcoal, dry fish and second hand clothes as a way of supplementing income,” she explains.

Among the challenges faced by Faggy Investments, Peggy singles out the fact that Malawians still seem to prefer imported produce as opposed to home grown ones.

“We are advocating the Buy Malawi, Build Malawi Strategy which the Government is promoting and we hope to continue to work with the Government to see this dream fulfilled,” she says.

To upcoming entrepreneurs she says: “When you have an idea don’t just sit on it; act, put-in all the efforts to implement the idea and embrace every opportunity that comes.” 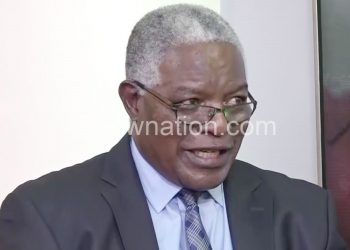 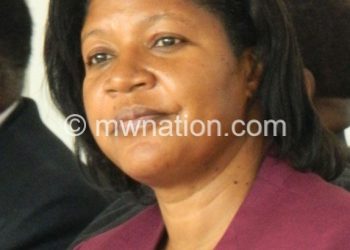