In an apparent desperate attempt to offload their produce at Admarc selling depots, some pigeon peas (Nandolo) farmers in the Southern Region have resorted to selling their produce on loan, Business Review has established.

Some farmers interviewed on Tuesday said they have decided to offload their stock and get their payments at a later date as they can no longer bear the cost of waiting at a selling depot at Luchenza Admarc in Thyolo. 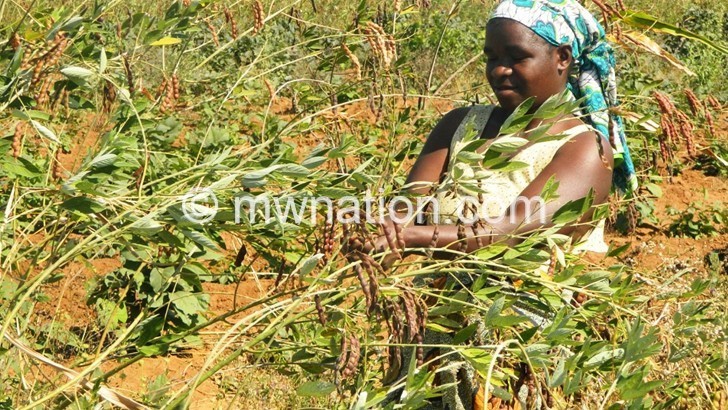 According to some traders, Luchenza is the only depot where State produce trader Agricultural Development and Marketing Corporation (Admarc) is buying pigeon peas in the Southern Region.

Fred Simoko from Chiradzulu said in an interview he had to sell 300 bags on loan at Luchenza after spending eight days to no avail.

“We have another consignment of 780 bags back home and we are hoping that once we get paid, we may bring the other bags,” he said.

In a separate interview, Khajawo Producers and Marketing Cooperative chairperson Shadreck Soza said out of the 1 021 bags he took to Luchenza Admarc depot, he sold 400 bags on loan while the rest were sold to intermediaries.

“I was told I would get paid in a week, but it is now over one week and I am still waiting. It is difficult for me as I need that money to get back to my farming business,” he said.

But Admarc acting chief executive officer Margret Roka-Mauwa, while refusing to comment on the Luchenza issue, said under no circumstances are farmers supposed to sell their produce on loan.

“We are giving out cash when we are buying the pigeon peas and that is how it has been. Admarc officials are supposed to buy on cash basis,” she said.

Nandolo Farmers Association of Malawi president, Suzan Chimbayo, at a news conference in Blantyre on Tuesday, faulted government’s failure to engage the association at the start of the buying process.

Minister of Agriculture, Irrigation and Water Development Joseph Mwanamvekha confirmed plans to meet the association over the pigeon peas issues.

Early this month, some smallholder farmers in Luchenza, Thyolo complained that delays by Admarc to buy the crop forced them to sell the legume at K130 per kilogramme (kg) to vendors instead of the K230 per kg President Peter Mutharika directed.

The farmers found at Admarc buying point at Luchenza said they were selling pigeon peas to intermediaries just outside the Admarc establishment to avoid extra charges incurred with each day of keeping hired vehicles used to ferry their produce.