The Pillow Talk; an arts gathering, which has been taking place for the past six weeks in Malawiâ€™s capital, Lilongwe, has performed beyond expectations, organisers have said.

Since July 29, poetry lovers have once in a fortnight been enjoying rhymes and verses at the Serendipity Lifestyle CafÃ© inside the Old Town Mall, courtesy of The Pillow Talk.

The idea of artists meeting face to face with their fans was nurtured by celebrated Malawiâ€™s poet Qabaniso â€˜Qâ€™ Malewezi. Its aim is to create a nursery for aspiring poets where they can meet and mingle with seasoned poets.

â€œSince we started, there is huge turnout. We have had over 50 artists, who have performed interspaced in the three fortnight weeks,â€ said Jessie Nyirenda, from the organising committee.

â€œWe believe the impact is being made, the coming back of Pillow Talk was not just to feature seasoned artists, but to develop poetry in Malawi,â€ she said.

He said the Pillow Talk has the potential of spreading to the other parts of the country if people show interest.

â€œWe want to find dedicated people in Blantyre and Mzuzu so that poetry fans should also have a feel of the event,â€ explained Nyirenda.

Kamwambi performed four poems; On the Seat (which talks about funny realities of life when on the toilet seat), Between the Sheets, Rethinking Desire and Cosmetic Justice, which pokes fun at whatever happens in the political and social systems, among others.

Seemingly, Between the Sheets stole the hearts of many as the audience continued jeering his name when he was reciting it. 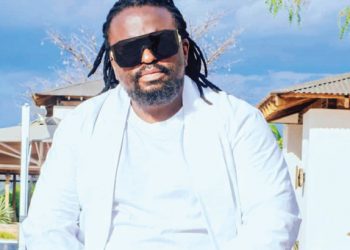