Pirira Ndaferankhande believes that women can change the world and make it a better place.

Ndaferankhande, the first female executive director (ED) of Malawi Interfaith Aids Association (Miaa), highlights the need for women to equip themselves with knowledge in whatever they do — whether preaching, business or office work to be able to change things.

She is a true epitome of what it means to fall, get back up and move on no matter how bad it hurts. She has been there.

Born on April 11, 1976 at Likuni Hospital, the 44-year-old recounts that life has not been easy for her.

“I always thought I would pass through the corridors of the University of Malawi through Kamuzu College of Nursing (KCN), but things never went the way I wished. I wanted to take care of the sick until they were well again as a nurse.

“At 44, I have been married twice and been divorced twice and this alone can give someone, especially a woman like me, a lot of stress and shame, but I told myself I am a strong and focused woman,” she says.

As if that is not enough, one of her twins is a girl with disabilities who struggles with sight and coordination of the brain. But she keeps her faith.

She had always dreamed of becoming a nurse, but she saw her dream slip right through her hands when she was weeded in the first semester of her first year of college in 1994.

One would think that her parents, the late Sydney Ndaferankhande and Stella, knew she would have to stomach many hardships when they named her Pilira, which means endure. But despite all the challenges she is always bubbly — almost always smiling.

Earlier in life, she says she discovered and told herself that what culture and religion think is an achievement will never define her or put her in a corner where she finds herself unable to function as a woman with a mission on earth.

“Whenever I am hit with a crisis, I sit down and talk to my inner self. I start a conversation with the Pilira in me and make an agreement that circumstances will never define me,” says the mother of two.

Having survived the pain of losing two marriages and coming out strong, she wishes, among other things, to be a counselor for others who are depressed, especially because of marriage separation and divorce.

“I personally know what it means to be married and to be a single parent for over 10 years. There is a lot of stigma, especially in the faith community, connected to singlehood whether through late marriage, widowhood and separation or divorce,” she says.

Piriranotes that culture has categorised marriage as an achievement to the extent that people are still regarded as failures if they are not married even if they excel in life.

This also impelled her to start a grouping known as Motivational Hub and Hope Counselling and Recreation Centre where she is the patron and several friends have joined.

She dreams of becoming one of the great women to be remembered for changing the lives of single parents and children raised by single parents, by giving them hope.

The mother of two also likes working with women and girls, especially those that have been through gender-based violence (GBV), striving to restore their smiles.

She was confirmed as Miaa executive director in December 2019 after a year of acting in that position.

After being weeded from KCN in 1994, she pursued a course in information communication technology (ICT) with Data Processing now called National College of Information Communication Technology (Nacit) and obtained a diploma in Computing and Programming in 1995.

Her first job was with First Merchant Bank followed by Finca Malawi where she met her first husband and father of her twins.

She has worked with other organisations such as Banja la Mtsogolo, John’s Hopkins and Malawi Network of Religious Leaders Living with Aids (Manerella).

In 2006, she went back to Nacit to pursue an honors degree in Information Systems, graduating in 2008. She went on to read for a master’s degree in Leadership and Change Management with Leeds Metropolitan University through Malawi Institute of Management (MIM) and graduated in 2014.

She has just enrolled for a doctor of philosophy (PHD) in Business Administration where she expects to research in doctrine and decision making.

As Miaa executive director she is happy that she is able to work with religious leaders with different beliefs, doctrines and backgrounds and learns a lot from them.

“I am at a point where I have knowledge of almost all faith groups in the five-fold ministry of Christ. Through my work, I can read the Q’uran and associate with Muslims freely,” she says.

Miaa is an interfaith umbrella grouping of religious institutions in the country, mandated with faith-based responses of HIV and Aids.

The interfaith organisation is now working with the prophetic movement under the Prophetic Ministries Association of Malawi who they believe will be another great partner on issues of faith healing; treatment literacy through HIV and adherence to uptake of Anti-Retroviral Therapy (ART) as well as Covid-19 prevention and testing.

Her advice to her younger self is simple, and the advice would also apply to younger girls today.

“It is better to have a broken relationship than a broken marriage,” says Ndaferankhande, which would resonate with many who feel it is important to get to know someone well enough before marrying them so that you do not end up in marriage break ups.

Further, she advises that 24 hours in a day is too much for one to have nothing to do and die poor physically, spiritually or intellectually, rather aim to leave a legacy when you die.

Your silence is a knee on my neck 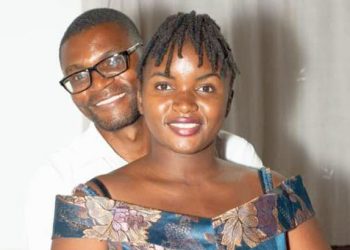 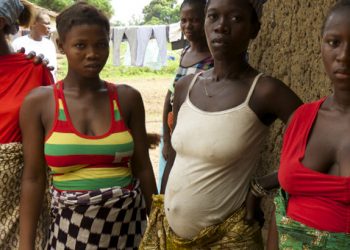