Playing with make-up for special effects

He creates zombies, blood and gore for the multi-billion-dollar Nigerian film industry, which produces thousands of films every year.

Even arts enthusiast Samuel Chibaka attests to Akimu’s prowess in a field that is not very known in Malawi.

“When I say Malawi has talent, I don’t just say it out of being patriotic. When it comes to make up, Razia stands out as the best make-up artist the country has so far.

“Check out some of her creative work; transformation from a woman to a man, young to old among others. Her work is impressive,” he wrote on Facebook.

Scanning through Akimu’s Facebook personal timeline and her page, Beauty by Raz, one gets to see mind-blowing art.

Mostly her own model, the artist creates different looks that range

Having achieved to make a name for herself with four years of practice, some of Akimu’s recent highlights are the work she did in honour of 16 Days of Activism against gender-based violence (GBV) awareness campaign last year.

“Domestic violence can be so easy for people to ignore as it often happens without any witnesses and it is sometimes easier not to get involved.

“Yet, by publicly speaking out against it, together we can challenge attitudes towards violence in the home and show that it is a crime and not acceptable,” read a caption of a post of pictures of herself with supposed cuts on her face.

Her work earned her a place in the finals of Tiwale Talent Room, a competition engaging creatives to use their talents to tackle issues in Malawi.

Just last month, she perched the mobile phone service provider, Airtel Malawi’s logo, on her eyelid. The piece of art was exceptional and so was the response it attracted.

While the creation was not sponsored but done for the pure love of art, she received a 4G MiFi modem from Airtel Malawi.

Where does she get the motivation and lessons from?

“Strangely enough I only follow two SFX makeup artists on YouTube and IG [Instagram]! Mostly I see work and I appreciate it, for instance, the amazing contestants on Face Off and fantastic film make-up.

“However, all of my influence comes from films, art pieces and general things that I tend to see and inspire me,” said the 29-year-old Chancellor College student.

Much as she does normal make-up too, face painting and special effects are Akimu’s favourite. However, she says it is not easy.

“Anyone who will ever tell you that special effects makeup is easy is lying. I have been doing it for over four years. Roughly, I take between two to eight hours per art in terms of application only. This is minus the days or weeks spent in preparation activities such as gathering necessary materials. However, it also depends on what I am trying to make,” she said.

From her experiences, it is challenging to break into the special effects make-up artistry business.

Again, while in other countries such as the United States, the job is well paying, she has not hit the jackpot yet in Malawi but is optimistic of the future.

For now, Akimu finds solace in the achievements she has registered since she started her journey.

“Even though the greatest achievement I hold dearly is the growth of my abilities in this art, I must say another thing that is of great achievement is the fact that I have managed to change a lot of people’s perception towards this type of art in Malawi.

“You can note on my page that the most reached and engaged posts are those of SFX make-up than the ordinary make-up. This shows that people are becoming more open minded than they were. This might be because they see that it is coming from a fellow Malawian,” she said.

Inside the MUM house 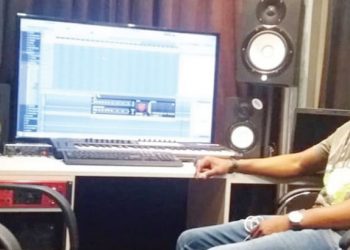 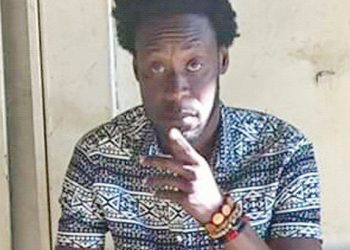