Malawi Police Service (MPS) says it has concluded investigations into the mysterious death five years ago of Robert Chasowa, a third year student at The Polytechnic, a constituent college of the University of Malawi.

National Police spokesperson James Kadadzera confirmed the development in an interview yesterday, adding that the report of the investigations has been submitted to the Ministry of Justice and Constitutional Affairs.

However, Kadadzera declined to divulge any details of the report, merely stating that the report and the MPS’ position had been served to the ministry.

He said: “Yes, the report is out and we have submitted it to the ministry, together with our position. But we are not disclosing the contents of the report. Right now, it’s up to the ministry to see the way forward.”

But in a separate interview later yesterday, Minister of Justice and Constitutional Affairs Samuel Tembenu expressed ignorance about the report on Chasowa, who was found dead on September 24 2011.

Since Chasowa’s death, there have been calls from different sectors of the society to have the matter speedily investigated, for the public to know the truth amid speculation that some powerful politicians the student might have crossed paths with had plotted his death.

Other schools of thought alleged that Chasowa was killed for his dissenting views against the then Democratic Progressive Party (DPP)-led administration of former president Bingu wa Mutharika.

Human rights activists expressed scepticism over reports that the engineering student might have committed suicide as government sources reported soon after the discovery of Chasowa’s body.

Earlier this month, Tembenu, challenged the MPS to produce results of the investigations or pave the way for foreign investigators to take up the matter. n 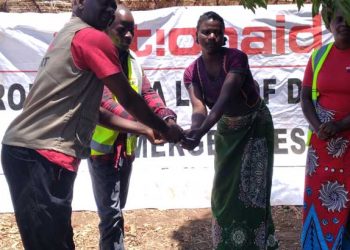