by Davie mchinga
in Front Page, National News
2 min read
0
Share on FacebookShare on TwitterShare on WhatsAppShare on LinkedinLinkedinShare via Email

There was commotion at Mkaika Trading Centre in Nkhotakota yesterday as an angry mob clashed with police as it attempted to break into a shop belonging to a Burundian national, accusing him of organising young men to have same sex.

The suspected foreign national, Patrick Emmanuel, 42, allegedly hired a Malawian man identified as Andrew Mzumara, 20, of Mtalanje Village, Traditional Authority (T/A) Mwadzama in the district  to sleep with boys and use their semen for rituals. 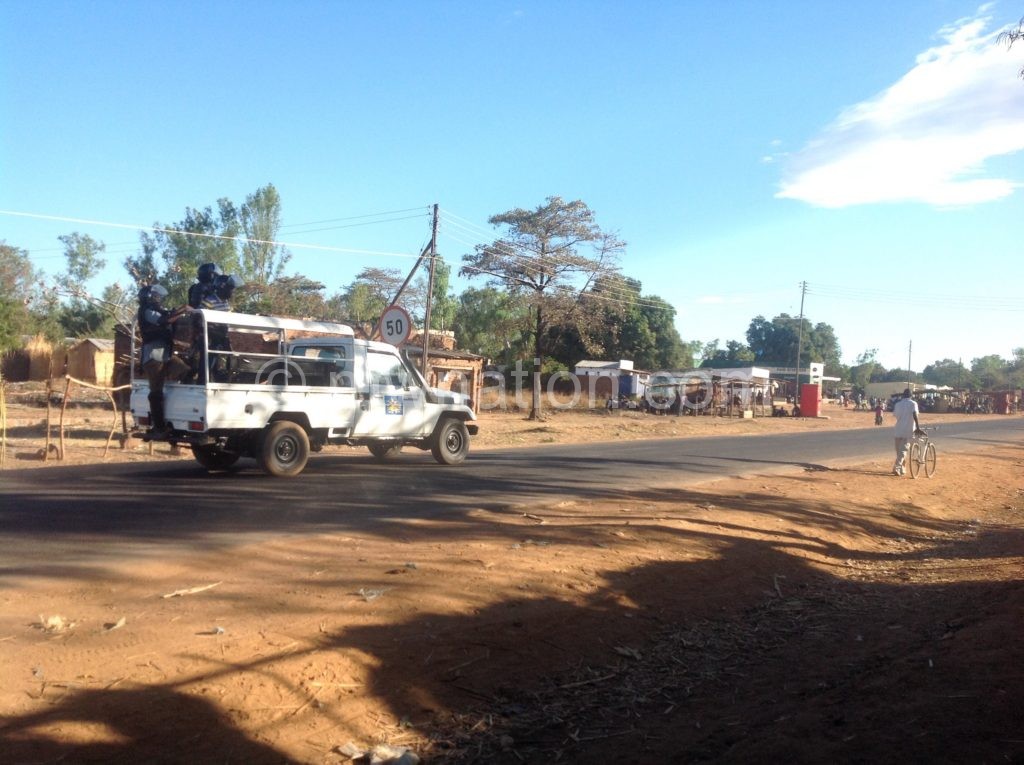 Riot police used teargas canisters to disperse the mob as it blocked the M5 Road with tree branches and stones. A visit to the site showed that business was halted while the irate mob was seen roaming at the trading centre.

Nkhotakota Police Station spokesperson Sub-Inspector Williams Kaponda said the fracas ensued at round 11am after one of the said boys complained about unsettled dues amounting to K100 000.

He said Mzumara was arrested and taken to Nkhotakota Police Station for interrogation while Emmanuel was on the run.

He said about 18 boys aged between 12 and 18 were also taken for questioning and medical examination.

Said Kaponda: “In fact, the commotion started around 11 in the morning. We have so far taken both suspects into custody for questioning. We have also arrested four men for being found looting the shop. We have now managed to quell the situation.”

When contacted, Nkhotakota District Hospital spokesperson Justice Malunga said the medical facility—which serves a population of over 400 000—had not received the said boys and asked for more time to consult on the matter.

In an interview, one of the businesspeople at the trading centre, Limbikani Filipo, said business was disrupted as shop owners were forced to close their shops due to the fracas.

He begged the police to tighten security so that business returns to normal.