Now that we are full throttle in the campaign period as we anticipate fresh presidential elections in Nyasaland, it is the unfolding drama from political podiums and cryptic messages of resignation from John Answer that had me intrigued all week, My Lord.

Take the case of Given, him of the Yellow Party fame, who found himself touching a raw nerve during one of his campaign addresses in Chirazulo, for instance.

The guy spoke like somebody who had no inkling about sensitivities that go with playing the religious card in politics.

My Lord, we all know that politics and religion are inherently indivisible as history of religion would attest, but that is no license for anybody aspiring for high office to talk like a block leader.

I hear that Given has privately expressed regret over those irresponsible statements, but you don’t need to be a expert in discourse analysis to gauge that such statements veil the thinking system behind most Nyasa politicians.

My Lord, I might be old school, but I know politicians don’t enter the political stage without thinking through what they want to sell to the populace.

It is my belief that Given, perhaps with the help of his advisers if at all he has any, had sat down and thought hard about the message they would sell as a better political block than the Mulinokha Alliance.

I surely don’t subscribe to the heat of the moment explanation to justify the gaffe that has been made. Given knew what he was talking and it was premeditated. Don’t they say from the abundance of the heart the mouth speaketh? My advice to politicians; it is what comes from your heart that remains imprinted long after you have spoken it, so ne careful what you say and how you say it.

And that brings to the purported resignation of John Answer as reported in the media. My Lord, I thought when you are fed up you just throw the towel and you don’t care whether the appointing authority accepts it or not.

In reading the statement you got a feeling that somebody was not ready to resign and expected the appointing authority to come to their rescue, but I could be wrong.

Whatever the case; what comes from your heart does not need the certification of the appointing authority. My Lord, the appointing authority’s opinion would not change the prevailing opinion that the Nyasaland Electoral Commission displayed a remarkable degree of incompetence in running the polls; hence, lost trust of the people.

My Lord, I accept people to learn to say what’s what without embellishing the statements. Either you resign or you stay put,

Why can’t we learn from your judgements, My Lord, which are neither cryptic nor obscure.

This was not a legal opinion or something of that sort, but advice I think your courts should sometime give to such people. 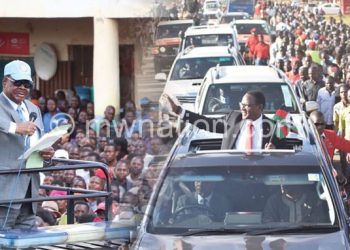 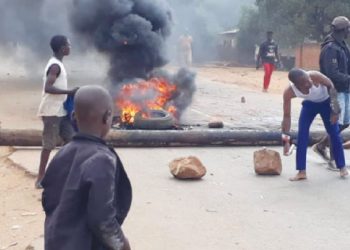