Practice what you preach, Mr. President

President Lazarus has asked Malawians to be patient as they endure the economic hardships they are facing due to the rise in commodity prices. Chakwera rightly says the rising cost of living and commodity prices is not unique to Malawi; it is a global problem that has been exacerbated by the Covid-19 pandemic, among many other factors.

The President is right. Anyone who has been following global trends would not dismiss Chakwera’s sentiments that fuel prices—the biggest driver of commodity prices—have gone up and almost every other country is struggling. While other countries’ economies are slowly picking up, especially in the global north, it is a different story here in the global south.

However, everything depends on leadership. The difference between Malawi and those other countries being referred to is their leaders are not hopping from one plane to another and attending every event that could be delegated to junior officers. The leaders are seen to be doing something about the situation and ensuring they get out of the economic malaise.

It is not that Malawians do not understand the current economic problem. But it sounds quite insulting to ask Malawians to continue enduring the pain while you, Mr. President globetrot.

It is wrong to tell Malawians to endure the pain while hospitals face constant drug stockouts such that doctors cannot perform basic duties. Malawians should not be told to endure the pain while their leader continues to draw huge allowances for attending events that should have been delegated to junior officers. This is money that should have been spent on buying drugs and financing important activities for the benefit of the majority.

It is wrong to speak in condescending tones when Malawians complain. Malawians have been holding on and enduring the pain for such a long time such that what they now want to hear from their leaders are measures being put in place to at least ease their pain. They also want to see you, Mr. President, enduring the pain with them by forgoing some of these unnecessary local and international trips.

It is a mark of incompetence and lack of care when a leader, who is surrounded by tonnes of advisers and is expected to be on top of things, says he is not aware of what going on.

Perhaps, if the president cut down on roaming the streets and took time to peruse through the files on his desk, he would know what is going on in this country. It is not too late to put the house in order.

Malawians are tired of leaders that say; do as I say and not as I do. Show the way Mr. President!

Online space is under utilised by women 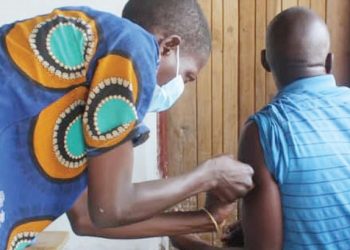