As parliamentary committees are scrutinising budgetary allocations to different ministries and departments through cluster meetings, FATSANI GUNYA talks to Civil Society Agriculture Network (CisaNet) national coordinator TAMANI NKHONO-MVULA on the budgetary allocation to the agriculture sector which is the backbone of the country’s economy.

What is your take on the proposed 2016/17 National Budget?

The general budget statement was very good and we understand the situation that government finds itself in. I mean with the challenges to do with the destructive effects of the rainfall patterns that have affected agriculture and the economy. At the same time, most of the donors have not committed to support the budget.

Looking at agriculture, which has received the lion’s share of the budget at K198.5 billion—representing about 17 percent of the national budget—I may say that the general layout of the budget is reflective of the situation on the ground and what needs to be done though it is more of a fire-fighting budget. We also need to intensify winter cropping both for the small scale and large scale production under irrigation.

At the same time, there has been a reduction in the allocation to the Fisp [Farm Input Subsidy Programme] from about K60 billion last year to K31 billion in the next budget. We feel this is justifiable taking into consideration the performance of the programme in the past two years as it is mainly designed to support rain-fed agriculture.

Prior to the formulation of the draft national budget, stakeholders are engaged in pre-budget consultations. Is this process adding any value?

That process is very important as it gives the Minister of Finance, Economic Planning and Development a feel of what the public would love to see in the budget. It also gives the public a chance to give input into the national budget. However, the only challenges that I have observed over the years is that the process is generally symbolic in nature as lots of excellent suggestions put forward are in most cases not considered as part of the budget. It is as if a decision was already made by government of what they want to be in the budget even before the consultations are done. Even when the budget is passed in Parliament, implementation rarely follows the budget to the latter.

There is generally a very big disconnect between the budget and its implementation. We have observed this to be the case in the allocation to Green Belt Initiative (GBI) and Fisp, among others, where the former always receives lower and the latter gets more than what was budgeted.

It is good to take part in those consultations as citizens of the country and help our government in planning, but it frustrating when much of what you suggest are not considered over and over again. For instance, over the years we have been talking about reforms to the Fisp and also advocating for an increase in irrigation farming.

Our population is increasing and one harvest per year will not be enough to feed a growing population. It has taken us over five years of talking on that. We are, however, happy that some reforms on Fisp and

considerations for irrigation agriculture are being taken.

If these reforms were done three years ago, the challenge of hunger would not have been as it is today. We know rain-fed agriculture will still contribute much of our food production but increased investments in irrigation farming will help guarantee food security for this country.

With the looming hunger, how do you look at the proposed budget from a recovery point of view?

I think the budget has put in place some measures to deal with the situation at hand. Apart from that, there seems to be a willingness by government to see things changing. The allocation of K198.5 billion to the agriculture sector may seem huge; however, it is barely enough to address the situation. For instance, in the budget there is an allocation of about K35 billion for the procurement of maize and the Minister of Agriculture, Irrigation and Water Development George Chaponda in his [ministerial] statement indicated that we will need to import about one million metric tonnes from as far as Brazil and Ukraine for us to be food secure. That is good.

However, for us to do that, we will need resources of more than K200 billion which is way above the entire allocation to agriculture. This is also on top of what we are expecting from the winter crop. At the same time, what has been allocated to the winter cropping is barely enough to produce the expected 150 000 metric tonnes.

However, we are happy that some donors like the World Bank and the African Development Bank have made commitments to support government in investing in irrigation farming. In addition, other donors have also made pledges to support the procurement relief food. So the budget is ‘recovery’ in design and not necessarily the amounts available.

I would, however, want to propose that to get the maximum benefits out of this reduced allocation, there will be a need to be very prudent in our targeting. Among other ways to achieve that, we will need to employ geographical targeting criteria which will prioritise areas that have a very good rainfall forecast for this year and are generally maize growing areas. Last year, much of the loss was due to a haphazard targeting using a centralised randomised targeting system. I believe if much of the fertiliser went to the northern and central region, the output would have been much higher as these regions had a relatively better rainfall as compared to the south.

I would also want to suggest that all recipients of coupons must be required to give back at least two bags of maize to NFRA [National Food Reserve Agency] so that the benefits of receiving the subsidised fertiliser must trickle to all. This will, additionally, increase the level of accountability on those recipients. n 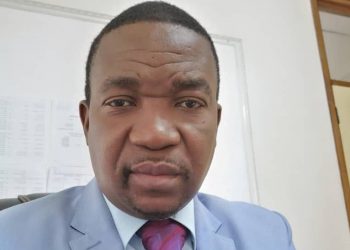