The burning debate over the morality of abortion in the country is making it harder for women to have a say on the burning issue that affects them more than anyone else.

“They are not, and never have been, women.” So declared NGO-Gender Coordinating Network (NGO-GCN) board chairperson Emma Kaliya of men using “some elevated spaces” to ensure that “women keep dying like chicken” and that their sexual and reproductive rights are “nicely trampled upon”.

The activist wants a situation where women are adequately heard and take charge of their bodies without anyone dictating don’ts. She backs the “body integrity” of a woman, saying her destiny cannot continue being shaped by men who sound as if they know a person who died of complications of unsafe methods of terminating pregnancies.

Lately, the pro-life groups blame the proposed law, which Kaliya commended as a small step towards saving pregnant women,   for promoting killing of babies.

They dial up an “unchangeable” belief that life begins at conception, a notion sustained from the first century.

With high maternal death rates in the country, unsafe abortions reportedly kill 17 in every 100 women dying of birth-related complications.

Now activists, health workers and safe motherhood promoters ask how many women will have to die before those opposed to the Bill realise that much talk and no action will reduce the number of women and girls dying of unsafe abortions.

But the dominant voices largely dwarf or exclude the women who suffer shocking hardships as penal laws require two or more doctors to prescribe termination of pregnancy in the case that it threatens life of the woman.

Kaliya wants women to be at the table when issues affecting them are on the menu.

“When we invite religious leaders, nearly all of them are men,” she says.

These are the men who loudly preach morality of abortion, a debate Ipas policy and advocacy adviser Luke Tembo blames for further pushing girls and women to secretly eliminate unwanted pregnancy using sticks, toxic concoctions and wires in unsanitary conditions.

The male faces and voices were prevalent when the Coalition  for Prevention of  Unsafe Abortion (Copua) gathered the clergy in Mangochi to discuss the laws under review.

Expectedly, the first meeting was suspended in a stalemate. Last month, the second episode ended with Malawi Council of Churches (MCC) board chairperson, the Reverend Alex Maulana, backing the Bill.

He announced: “Following the discussion, we have observed that our interests are similar to that of the State. Both government and churches are saying no to abortion.  On the other hand, both sides realise the need to protect and save the lives of pregnant women.

“Therefore, our support is based on that the new law is not legalising abortion [on demand], but just adding some grounds on when safe abortion should be procured. ”

The proposed conditions for legal termination of pregnancy include safeguarding the physical and mental health of the pregnant woman; where the pregnancy results from rape, incest or defilement; and where severe malformation of the foetus threatens its viability or compatibility with life.

Then, Copua board chairperson Juliet Sibale said: “We now see light at the end of the day that the new Bill will be tabled in Parliament.”

Similarly, Edda Chavula, the assistant chief law reform officer, indicated the Bill may go to Parliament “with nothing to add or remove” as Malawi Law Commission have received no objections from the public.

But the light Maulana switched on soon flickered off, as he claimed to have been quoted out of context after some religious groups distanced themselves from MCC stance.  CCAP Synod of Livingstonia general secretary Levi Nyondo renounced the Bill “in the name of the Father, the Son and the Holy Spirit”. Evangelical Association of Malawi (EAM) threatened nationwide protests. Catholic bishops preached against a culture of death.

Actually, some have told lawmakers to forget being re-elected in 2019 if they pass the Bill.

Pro-choice voices wonder whether Malawi is a religious caliphate or secular State. In a diverse secular nation, they argue, government is supposed to meet the aspirations of all Malawians, even the minority with no religious affiliations.

Kaliya pleads with the critics of the Bill to tone down for the sake of women killed, disabled or rendered infertile by unsafe abortions.

“I’m a Christian, but it is evil not to do something about many women dying like chicken. Sadly, most of those speaking are men who don’t suffer the pains of abortion and motherhood,” she says.

“If you talk about abortion, people think you are a killer of babies without giving you a chance to explain why you might have done so,” says a married woman who admittedly used prescribed tablets to eject her sixth pregnancy when she and her husband were struggling to feed five children.

Vice-chairperson Victor Musowa told The Nation:  “We want to learn if there is a problem worth fighting for. The committees will meet all players, even faith leaders, to learn from them how we can save women and girls who keep dying.”

At Queen Elizabeth Central Hospital, where over 1 000 women and girls have been treated for post-abortion complications since January, some doctors say liberalisation of abortion laws is tackling the second worst killer of pregnant women at the referral. 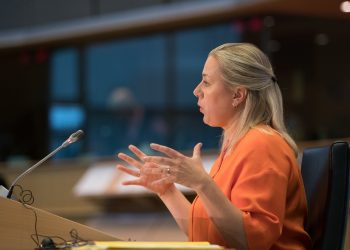