Preparing for the women’s UN conferences, media women, and Cairo

12She brings him good, not harm, all the days of her life. 13She selects wool and flax and works with eager hands. 14She is like the merchant ships, bringing her food from afar. 15She gets up while it is still night; she provides food for her family and portions for her female servants. 16She considers a field and buys it; out of her earnings, she plants a vineyard. – Proverbs 31:12-16

The Fourth United Nations (UN) Women’s Conference in Beijing in 1995 was curtain-raised by several major conferences, among them the Cairo International Conference on Population Development (ICPD), the Dakar PrepCom for Africa and the World Summit for Social Development in Copenhagen.

In 1994, there were women of great goodwill, who had the tenacity to include as many diversified women as possible, finding funding from the UN agencies.

Four days after I broke the two bones on my right hand, an invitation came in the form of a phone call from then Principal Secretary (PS) Esnath Kaliyati to represent media women at a preparatory meeting for various UN conferences that would take place in the next 12 months. Even after hearing my situation, the PS insisted that I attend; she promised that she would avail me of medical services if it became necessary.

The meeting turned out to be a who’s who of women delegates, many of whom would continue with the race to the promotion of gender equality and the empowerment of women. There were also leaders of UN agencies based in Malawi. The great turn out of the meeting was three-fold; the first was that I got to meet then UNFPA resident representative Carolyn Benbow-Ross and her Unicef counterpart Natalie Hahn. These two powerful women pledged to fund my participation at the ICPD in Cairo in September, and the Dakar PrepCom Conference in November.

The third turnout of the conference was a casual announcement by the PS that the media women’s association was pledging to highlight all of the activities of the women’s conferences. She later told me that I had a big task on my shoulders, gave me a few insights on organising my media colleagues. The seed was sown, and the Malawi Media Women’s Association (Mamwa) was formed with me as chairperson and Nyokase Madise (formerly of Malawi Broadcasting Corporation) as vice-chairperson and Stella Mhura as secretary.

Our first meeting was held in Malawi News Agency (Mana) offices and over 15 women from Mana, MBC, and The Daily Times attended and vowed to join. It was soon a registered entity. The association scooped funding for Dakar from UNFPA and Unicef.

Sandwiched in before Dakar was the ICPD in Cairo. I almost missed the conference because my name was crossed off the list several times. The then director of Gender Dr Mary Shawa incorporated me into her team and worked on the Malawi statement that would be delivered by the head of the Malawi delegation, who was then Vice-President Justin Malewezi.

There were over 20 000 delegates from around the world that converged on Cairo. Getting to Cairo was a nightmare. For our delegation, (which had three ministers from Gender, Health and Economic Planning and Development, their PSs and directors, media and civil society. Due to the high volume of people going to Cairo, some of us were re-routed from South Africa to London where we spent one night.

The ICPD created the framework for population management mechanisms and a space that put a spotlight on women’s health and reproductive rights as a human rights. A lot of heated debates took place that almost derailed the prospects of an outcome document.

In international conferences, a country gets into coalitions with like-minded nations to form blocs that negotiate inclusion or exclusion of elements of the outcome document. This takes negotiation skills, but more importantly, it also means there is no snoozing; attending meetings is crucial. A person must always be present behind a country’s flag. 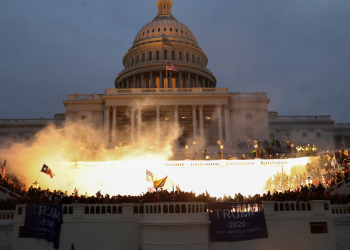