The year 2021 has been an eventful one in Malawi’s political and socio-economic landscape. This was the year Malawians had a chance to truly evaluate the progress the country has made since the Democratic Progressive Party (DPP) government fell.

At the height of its power, the DPP regime, with Peter Mutharika at the helm, created a culture of institutionalised corruption, cronyism and nepotism. Lucrative government jobs and contracts were only reserved for party loyalists and their families and friends.

Economic growth was subdued because of persistent blackouts, natural disasters such as floods, cyclones and fall armyworms, and recently, the emergence of the Covid-19 pandemic. Naturally, unemployment rose.

In the lead up to the June 23 2020 court-sanctioned fresh presidential election, Malawi Congress Party president Lazarus Chakwera and his UTM Party counterpart Saulos Chilima [now President and Vice-President of the country respectively] promised Malawians an inclusive country where people would be awarded on merit, the youth would have jobs and the poorest of the poor would afford three meals a day.

Fast forward to 2021, the utopia that Chakwera and Chilima promised remains a pipe-dream. The economy is still in a state of flux. The one million jobs that were promised are nowhere to be seen and, to make things worse, it seems nepotism and corruption still reign supreme.

In his first 18 months in office Chakwera has filled his Cabinet with the people who aided his ascent to power. To date, He has not yet reviewed the performance of his ministers as per his promise.

While the President sits on that that, there are some glaring inefficiencies in the Affordable Inputs Programme (AIP), one of the Tonse Alliance’s flagship programmes designed to promote economic growth and food security. The government risks losing billions of kwacha and exposing AIP beneficiaries to weather-related shocks.

The inefficiencies surrounding the implementation of the AIP highlight the intricate relationship that exists between political leadership and economic growth. In an ideal State, political leaders should make policy and appoint the best potential candidates to execute critical government programmes.

The President may have the prerogative to appoint people to various positions, but he has a moral responsibility to ensure that he is recruiting the best candidates. Taxpayers deserve to get value for money.

But it is still business as usual under this regime.

The current legal battle between the Office of the Ombudsman and the board of the Malawi Energy Regulatory Authority (Mera) over the appointment of the organisation’s chief executive officer is enough evidence that Malawi has not yet embraced the concept of merit.

Apparently, the board shortlisted and recruited a person who did not meet the minimum qualification for the position. The board blocked the Ombudsman from disclosing her findings, which have since leaked to the public.

As it stands now, the courts have sided with the board to maintain the injunction the board took against the Ombudsman. But there is a feeling that officially withholding the contents of the report might just pepper over the cracks.

It begs the question: Why did the board shortlist a candidate who did not meet the minimum qualifications?

It is ironic that this happened at an institution where the public protector nullified contracts of directors, who are below the chief executive officer, after she found that their appointments were unprocedural, including some candidates not having minimum qualifications.

As the nation heads into 2022, the focus should be on reforming the systems. Public officials should be recruited on their academic and professional experience, given clear performance indicators and evaluated on the same at regular intervals, preferably quarterly.

Reforming the systems will probably upset a section of people that depend on politically motivated appointments, but the reforms will put Malawi on the right track to improved performance in parastatals. Improved performance will lead to better public service delivery and economic growth. 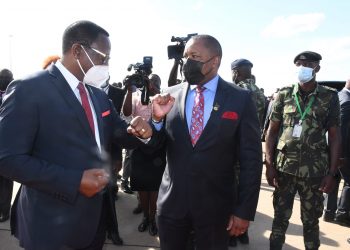 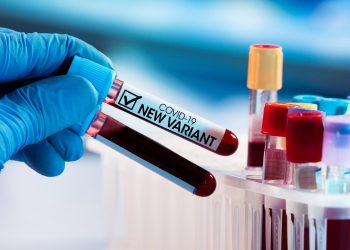 Malawians should be concerned with the fourth wave