For eight months running, credit extended to the private sector continued to register positive growth with recent figures from the Reserve Bank of Malawi (RBM)indicating that in September alone, private sector credit grew by K7.7 billion to K447.3 billion.

Comparatively, there was a growth of K1 billion and K19.7 billion in August 2018 and September 2017, respectively. 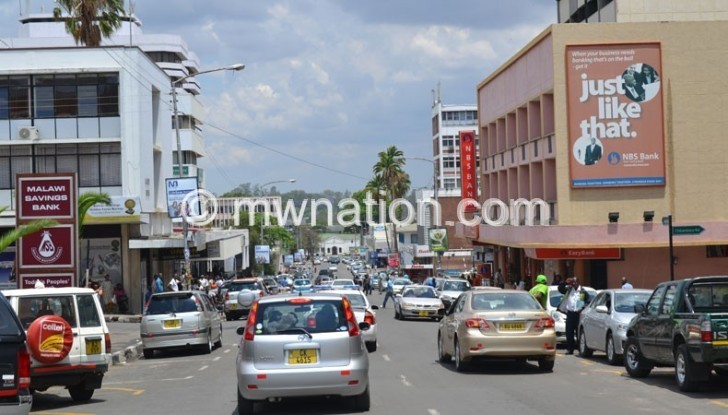 Earlier, businesses had continued to decry government’s continued borrowing, which they said was creating competition for funds for businesses, at a time production levels are dwindling due to reduce power generation.

RBM September 2018 Monthly Economic Report shows that government net credit from the monetary authorities decreased by K59.7 billion to K279.7 billion in the month, following a drop in ways and means advances amounting to K60.4 billion.

“Government accessed a total of K45.8 billion through ways and means advances and repaid K106.2 billion in September 2018. Consequently, the outstanding stock of Ways and Means advances went down to K1.5 billion from K61.9 billion in August 2018. Meanwhile, government deposits with the central bank declined by K704 million to K152.6 billion.

Access to finance, according to the Malawi Confederation of Chambers of Commerce and Industry (MCCCI), remains one of the major obstacles to doing business in Malawi.

Treasury hopes to increase domestic funding to the private sector by among other things, the creation of Public Private Partnerships, establishment of specialised financial institutions and increased support to the agriculture sector.

“Currently, most of the credit to these sectors is short-term. Furthermore, funding needs of each of these sectors are quite different and therefore, require different financial products that are usually offered by specialized financial institutions.

Currently, the country is devoid of such institutions. As a result, lending to these critical sectors has been stunted,” reads the strategy in part.

In terms of economic sectors, K7.6 billion, K6.0 billion and K1.5 billion were extended to the agriculture, manufacturing and transport, storage and communications sectors, respectively.

Meanwhile, credit to the wholesale and retail trade sector contracted by K9.4 billion in the month.

However, in terms of proportions of the total private sector credit, wholesale and retail trade sector at 25.6 percent continued to represent the largest share. Agriculture, manufacturing and community, social and personal services sectors claimed 21.1 percent, 20 percent and 10.3 percent of the total outstanding credit stock, respectively.

Should Congoma go, what next?