Reserve Bank of Malawi (RBM) has stepped up war against and speculative foreign currency dealings with the latest effort being tightening forex trading regulations to weed out fraudsters from the lucrative business.

Economists argue that illegal forex trading could to trigger inflation and weaken local currencies, which would make imports expensive and worsen budget deficits for an economy.

The RBM has since cautioned unlicenced operators to stop conducting foreign currency transactions forwith and urged them to apply for a license from the bank to enable them to transact  in foreign currency within the provisions of underlying licensing  guidelines.

RBM spokesperson Mbane Ngwira while admitting that some dealers opt not to be registered, said in accordance with Section 3 of the Exchange Control Act, the bank shall sanction anyone found to be dealing in foreign currency without a license.

He said: “The fact is majority may not afford the capital required to open bureaus and we know not all those traders that you see on shopping malls would want to do something illegal. However, every person in this business needs to comply with all requirements in the licensing guidelines.”

He said legal foreign exchange dealings would enable the central bank to be able to know to a fair level of degree how much foreign exchange is coming into the country and how much is being spent, adding that price discovery would also be enhanced as there will be more players on the market.

FIA director general Atuweni Juwayeyi Agbermodji earlier told Business News the sector is vulnerable, and because it is vulnerable it needs to be regulated one way or the other because they are a sector that cannot be ignored.

A recent analysis by FIA showed that Malawi lost $7.4 million due to illegal foreign exchange externalisation in 11 months.

Trust me, saving is not easy but very important 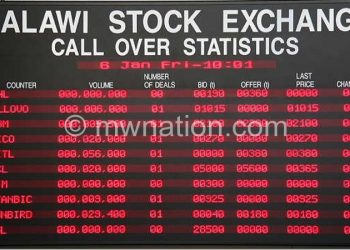