The National Working Group on Trade Policy says it is banking on reduced levels of non-performing loans (NPLs) or bad loans for softer default risk premiums.

The group’s chairperson Frederick Changaya said in an interview yesterday that with high NPLs, companies are paying high default risk premiums—the difference between a debt instrument’s interest rate and the risk-free rate. 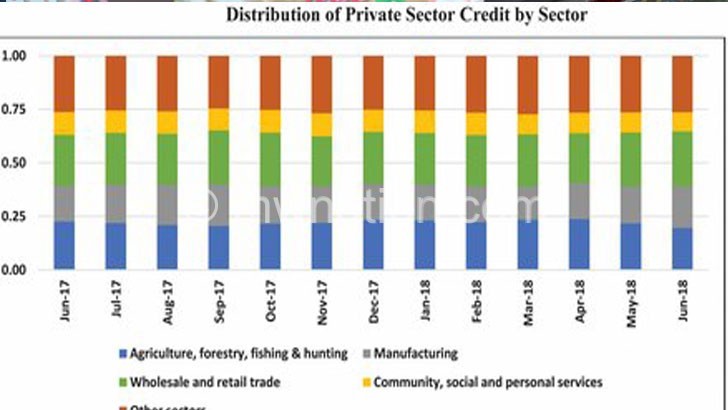 His comments come on the backdrop of figures from the Reserve Bank of Malawi(RBM) showing that the level of NPLs has dropped by 4.5 percentage points to 8.3 percent as of October this year from 12.7 percent in June.

But Changaya said at the moment, companies are being forced to pay for borrowers that are failing to pay their debt through the interest they pay in the premiums.

He said: “Banks price their interest charges with regard to the premium risk. The higher the NPLs weight, the higher the premium in their costing. They will just put a premium for risk which should cut across all the borrowers. The lower the NPL rate, the better it is for the economy because the cost of doing business in Malawi will improve.

“Again, this must not only come from the Reserve Bank of Malawi, but from the fiscal side as well. If the economy is doing well, companies will also do well and they will be able to service their loans.”

Money market analysts say the high NPL ratio is indicative of the difficult economic situation, with borrowers often failing to generate sufficient returns from their businesses to repay their loans.

“NPLs impact funding costs, reduce interest earning assets with the attendant risk of write- off reflected through provisions. They also bring stress in the economy as the financial sector is faced with an array of risks like liquidity risks, market risks and operational risks,” said a Blantyre-based money market analyst.

RBM Governor Dalitso Kabambe last week said the central bank is targeting to reduce levels of NPLs to five percent, which is the minimum regulatory requirement, from the current 8.3 percent, on the back of improved macroeconomic environment.

Bankers Association of Malawi president Paul Guta said the current economic environment has seen a rise in private sector borrowing from the commercial banks, although it is not at desirable rates.

“We are seeing a general increase in extension of lending to the banking sector. Certainly, not at the rate we would love to see, but it is a positive trend.

“The question then becomes, how we can sustain these positive developments because we must. The way to sustain this is to deal with it based on facts and reality and not to enforce the law,” he said.