Research elephant gunned down in Vwaza

by Moses Michael-Phiri
in Editors Pick, National News
2 min read
0
Share on FacebookShare on TwitterShare on WhatsAppShare on LinkedinLinkedinShare via Email

Rangers in the Vwaza Marsh Wildlife Reserve have found a dead elephant which has been gunned down by poachers for what Lilongwe Wildlife Trust (LWT) believe to be a handsome pay out for the elephant’s remaining tusk.

LWT wildlife campaigner Kathryn Kachimanga said Wednesday, the elephant, known as Nero, had been part of the Lilongwe Wildlife Trust’s elephant research in the reserve. 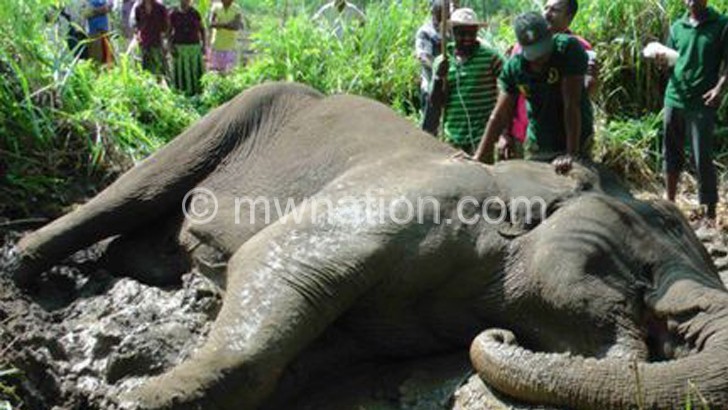 Nero’s death has been reported to the Department of National Parks and Wildlife (DNPW), who are following leads to find the criminals.

“These majestic animals are studied by researchers to gain knowledge on the elephants’ numbers, distribution and dynamics, which in turn will aid in conservation and management strategies for the park’s management,” Kachimanga mourned.

Nero’s loss adds to a growing list of poached elephants in the country.

According to Kachimanga, there are less than 2 000 elephants left in the country’s game reserves and parks, and numbers are continuously declining.

She said, for example, Kasungu National Park, which used to be home to more than 2 000 elephants, the numbers have severely declined due to poaching.

“Just 30 years ago 2 000 elephants could be found there, but today only 48 remain. On average, 66 elephants were killed per year, in Kasungu National Park alone,” she explained.

The wildlife campaigner said elephants are vital as they play a key role in the ecology of landscapes, as the ‘gardeners of the forests and savannahs’. They also attract tourists.

“Conservation isn’t about instant success. It’s a long-term project where there are triumphs and defeats along the way, The loss of Nero goes to prove there is a long way to go in protecting these gentle creatures,” Kachimanga lamented.

The reviewed National Parks and Wildlife Act gives wildlife criminals stiffer penalties. Criminals may face fines of up to K15 million and can spend up to 30 years in prison if found guilty of being involved in poaching or wildlife crimes.  While poachers of bush meat can expect to see fines in the region of K200 000.

Currently, Malawi is getting a lot of support from the British government to stop poaching. British soldiers were recently deployed to boost the fight against illegal wildlife poaching through training of game rangers in tracking, infantry, bushcraft and information analysis skills.