by Suzgo Chitete
in Front Page, Political Index Feature
6 min read
0
Share on FacebookShare on TwitterShare on WhatsAppShare on LinkedinLinkedinShare via Email

Is the deployment of human rights defenders to diplomatic missions a reward for mass protests that took down Peter Mutharika’s rule or a divide-and-rule to silence government critics? Our Staff Writer SUZGO CHITETE writes:

A part from the landmark court ruling that nullified the May 21 2019 presidential election, the Tonse Alliance somehow owes its ascendancy to the Human Rights Defenders Coalition (HRDC) sustained protests against messy poll.

The resurgent marches against electoral injustices shook the foundations of a stubborn regime guarded by violent heavies who hacked marchers until soldiers stepped in to defend civilians.

The protests discredited Mutharika’s Democratic Progressive Party (DPP), which was seen to have benefitted from the massive irregularities that nixed the disputed polls.

Even President Lazarus Chakwera and Vice-President Saulos Chilima marched shoulder-to-shoulder with the protesters convened by the activists Mutharika discredited as opposition operatives instigating to topple him. The State-funded Malawi Broadcasting Corporation called HRDC “a terrorist group”.

On the eve of Chakwera’s victory over Mutharika, the HRDC remnants partied all night—patting each other for a job well done. Mtambo’s successor, Gift Trapence, later told The Nation that HRDC bore no grudge against the DPP leadership, but opposed the party’s undemocratic tendencies.

The campaigner pledged to continue providing checks and balances “without fear or favour” to the leadership that graced the electoral justice marches.

This could weaken the movement’s top five, with Tembo heading to Ethiopia, Mayaya to Brussels, Sembereka to New York and Mhango to Germany.

This leaves Trapence standing alone, save for little-known lieutenants around him.

“I am an activist and I will always be one,” he says. “I have had offers before, but I feel I need this job more. In fact HRDC is here to stay because it is a people-centred movement. It is bigger than individuals.”

“Anyone who loves this country must guard against HRDC’s destruction,” he says.

Trapence has seen generations of activists jump ship in favour of public offices.

He was there when firebrand Undule Mwakasungula, Robert Mkwezalamba, Voice Mhone and Mavuto Bamusi quit following the July 20 2011 anti-regime protests when 21 unarmed marchers were gunned down.

But Trapence sounds unwavering: “We haven’t been weakened. In fact, what you think is a challenge is an opportunity for us to grow even bigger.

“This government requires a critical voice and we are here to provide one on behalf of Malawians. We will remain stronger as long as we have the support of Malawians.”

Lately, HRDC has issued scathing statements against the Chakwera administration. Longtime activist Michael Kaiyatsa, the HRDC board member who succeeded Mtambo at the helm of the Centre for Human Rights and Rehabilitation (CHRR), says it is common for repressive regimes to appoint civil society leaders to public offices to weaken them.

However, he finds it too early to accuse the Tonse Alliance of divide-and-rule tactics.

The campaigner says he would be wary of public appointments.

“I have always considered human rights defending as a calling,” he explains.

He wishes the appointments does not weaken the rights defenders’ coalition “whose job now is even more important” because the new administration faces a weak and untrusted political opposition.

Last year, Chakwera had a rude awakening after Mordecai Msisha, a respected lawyer who  led a team that represented the former opposition leader in the case which persuaded the courts to nullify the 2019 presidential election, rejected his appointment as Minister of Justice.

The senior counsel did not feel good to accept a public position which appeared more of a thank you.

HRDC member Charles Kajoloweka also declined to sit on the National Youth Council board, saying it was in conflict with his role as an activist.

It appears the Chakwera administration is thanking activists for the nationwide protests that weakened Mutharika’s grip on power, says political scientist Blessings Chinsinga.

“I think the government is under pressure to reward those who contributed to the change that occured,” he states. “The activists have a right to pick such jobs, but it creates an impression that in whatever they were doing, they expected a reward.”

The scholar, from the University of Malawi, says the brain drain erodes the civil society’s institutional memory.

“Some activists accept public positions for survival because life in the civil society is sometimes tough due to erratic donor funding,” he explains.

“While the appointees may perceive this as recognition of their potential to contribute to the public service based on their track record in the civil society space, it is clear that such appointments are a political reward for the vital role they played in pushing for socio-political change under the banner of HRDC,” he observes.

Munthali, however, feels all is not lost as civil society has always recovered from such brain drain.

He reckons the steadfastness of Trapence and Kajoloweka—as well as the emergence of Sylvester Namiwa of Centre for Democracy and Economic Development—as an opportunity for the re-emergence of critical civil society.

“What will be critical is for HRDC and the entire CSO leadership to re-organise their leadership as they have done before, when faced with similar circumstances. They must remain active in holding government accountable” he suggests.

Chinsinga warns that while activists find it  easy to join public service, the return may be rough.

“To return [to the civil society], they will suffer trust issues,” he says. 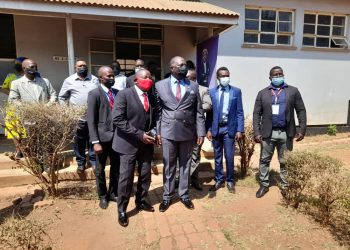 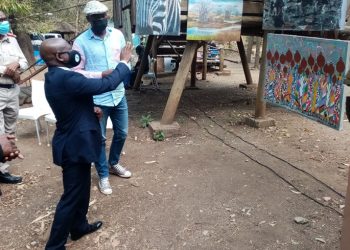 K656m to empower SMEs in tourism