When right to safe drinking water is denied

Consuming polluted water from Lunyangwa River in the heart of Mzuzu City is a reality Bridget Nyirenda, a resident of Luwinga Township cannot run away from.

Taking a stroll on the other side of the river, behind the Mzuzu Flea Market, one catches disturbing sight of human excreta spread over the marshy banks of the river. This is fused with waste disposal carelessly dumped on the banks.

But for Nyirenda, a mother of one and a housewife, the scale of disposed waste does not stop her from drawing water from the river.

According to her, the water is consumed untreated and the residents have resorted to digging shallow wells along the river banks to ease drawing.

“Someone in the neighbourhood sells water at K50 (about $0.10) a 20-litre bucket, which is far too expensive for me. I therefore opted to utilise the well.

We usually suffer from waterborne diseases, but looking at how poor we are, we still consume the untreated water,” she narrates.

Concurring with Nyirenda, Martha Ng’oma who heads a family of five says she would rather have a Northern Region Water Board (NRWB) kiosk than buy water at K50.

“My household uses more volumes of water because I also sell chicken parts at Luwinga Market which consumes more water, so the cheapest for me is to draw water from the well which is free of charge, though we constantly have waterborne diseases,” says Ngóma.

Some traders from the two markets defaecate in the marshes to default a K30 fee for Mzuzu City Council toilets.

When told that people on the other side of the stream consume water from the same river, they (traders) just heaped the blame on the city council for not constructing free toilets.

The council’s executive director Thomas Chirwa says the council had free toilets in the past, but were not being taken care of.

He says the toilets became a breeding place for diseases, hence privatising them for proper care.

“We will visit the traders to sensitise them to sanitation and hygiene issues,” Chirwa says.

Chirwa also promises that he will send a health investigation team to the market to assess the situation.

He however says the council has underlined three water and sanitation programmes to ease water woes in the city.

“We have Red Cross Malawi Society, Centre for Community Organisation and Development (Ccode) NRWB and UN Habitat bringing water and sanitation projects in the city; I am hopeful that in the three to four months, things will be sorted out,” says Chirwa.

While the council and others are waiting for the projects to roll out, bloc leader for the area Harris Chomba blames NRWB for not connecting the area with a Communal Water Point (CWP) despite the community approaching the sole water provider in the North last year.

Chomba says the team visited NRWB in June 2013 where they were told to take the issue to the then member of Parliament (MP) for Mzuzu City Peter Mwanza.

“Since then, we have been running up and down in search of the life giving drops; we have currently left the issue with our councillor who also seems to be doing nothing about it,” says Chomba.

Asked if they followed the right procedure at NRWB, the bloc leader says: “We were not given any forms to fill, so we do not know how it is done.”

Councillor for Luwinga Ward, Khumbo Harawa, agrees with Chomba that the area which has an approximate of 200 households lacks safe drinking water.

“The people have been accessing water from unsafe sources for quite some time now, but since I became councillor, I have been approaching different organisations for support,” Harawa explains.

He says he is expecting to have an interface meeting with the board officials, city council and other non-governmental organisations(NGOs) working on water and sanitation programme in the city.

NRWB spokesperson Edward Nyirenda denies ever being approached by the people from the area.

“As NRWB, we believe someone is not telling the truth because we have checked our records, we do not have their details; if they applied for a CWP, when did they apply, who did they meet?”

Nyirenda also refutes Chomba’s claim that they were sent back to talk to their MP.

“That is impossible, it will never happen, we do not work like that.

That claim is hard to believe because we are currently in the process of constructing more CWPs. We are actually looking for customers, so how can we send potential customers away?” Nyirenda queries.

He says at the moment the board has no backlog apart from new applications which they are assessing.

Nevertheless, he says the board is ready to connect them to their grid when they get organised.

“The process is simple, they should organise themselves in a group of 10 families and come here with their bloc leader to fill the new water connection application forms, we will then assess the area and sensitise them to sanitation and hygiene issues,” says Nyirenda.

He says it is not proper for people to be drinking water from the unprotected water source when NRWB is there to supply water to them.

The case of Bridget is not isolated as after almost 50 years of independence, the 2011 United Nations Children fund (Unicef) and World Health Organisation (WHO) report indicates that just 83 percent of Malawians were using safe water.

Records also indicate that about eight percent of Malawians are still practising open defaecation throughout the country.

This translates into more than 224 560 tonnes of human excreta per year.

The faecal matter ends up contaminating drinking water, food and pollutes our air as dust.

About Mawu and its members 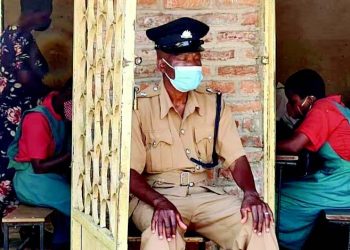 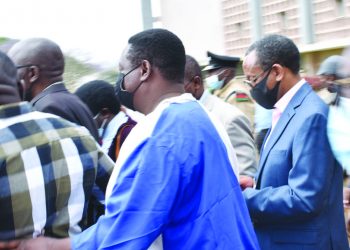