For over a year now, the only thought that has been on the mind of Masten and Gladys Gambuleni of Dedza is the fate of their 17-year-old son who has been at Chilwa Reformatory Centre, Zomba in Southern Malawi where he is being held over murder charges. But when will the boy face trial for the alleged crime? The Gambulenis have no answers. But with the help of Malawi Carer, things could begin to look up for the family. KONDWANI KAMIYALA heard the story.

The peasant Gambuleni family of Dedza was once a peaceful one. The biggest problem they had to sort out was not one of their daughters.

She is of age. Like many others down there, she should have been married, but she is not. That is not something they worry about, though.

The cool setting of the Central Region district provides a stop-over for men commuting between Malawiâ€™s commercial city of Blantyre and the capital, Lilongwe. It is a hub for prostitution, as the border to Mozambique is just some ten kilometres or so away.

Yet, she did not turn out to be a hooker roaming around Dedza Township, like some of the girls in the neighbourhood.

The parents knew her problem. They still do.

She is epileptic and they vow she will be under their care till death. Yet, that is not the worst thing to fret about.

They worry about their son, whose situation they canâ€™t control nor fathom the future.

At 17, the son is at the Chilwa Reformatory Centre in Zomba on remand for a murder charge. He has always been on remand since the long arm of the law referred him there. His incarceration has spanned more than a year.

That is a crime he committed trying to save his ailing sister.

Close to tears, the father, Masten Gambuleni, said the worst he fears for his son is ignorance. Since 2010, he has only seen his son once in the time he has been on remand, and school is not the priority for those who control his life.

â€œI wish they gave him education. Even at the time they are just keeping him awaiting trial. School is not on their minds. He was our hope. Since the time I paid him a visit, I canâ€™t go back for a visit. It is expensive to visit my son. I worry for his future,â€ said the man, who has six other children.

A kwasakwasa chitenje around her neck, slippers separating her katondo-painted feet from the ground, she recounts events of October 2, 2010, when it all began.

â€œWe were at a tombstone unveiling event that day. Around 1pm, we got a message that our son had had an accident [for she does not want to say they got news their son was accused of murder]. When we got back home, we heard our son was on the loose, following the death of Chikankheni,â€ said Gladys.

Chikankheni, 35, died as the 15-year-old was trying to stop him from pestering his ailing sister. The man was demanding nsima from the girl.

â€œSince that day, my son went missing. I went to the police, who said they were looking for him, and they told me I must find him, fearing that Chikankheniâ€™s relatives would want to avenge his death. I found him, and on October 5, I took him to the police. He was arrested,â€ recalled Gambuleni.

Gladys said the last time she saw her son was after his plea at the Dedza Magistrateâ€™s court on October 14.

â€œHe pleaded not guilty. They sent him away. They said they were doing so because the manâ€™s relatives would kill him in revenge. Yet, to this day, I have never seen my son,â€ she said.

Gladys fears her son will not go beyond the Standard 5 he reached when he was at Mpalale Primary School in the district when he was arrested.

It is difficult to visit his son, reckons the father. Apart from farming, he sells fuel wood. That was the source of the money he used to visit their son at the juvenile prison.

According to Stella Mpaso, centre manager for the Malawi Carer in the district, the boyâ€™s case is one of the cases they are pursuing, to take human rights closer to the people.

â€œWe fear the boyâ€™s right to education is impinged on. He should have been in Standard 8 now, but we hear he is only learning a skill or trade. Education is his right and he must get it. Besides, we feel this prolonged remand is a violation of his right to a fair trial. We fought for him to be taken to court within 48 hours of his arrest, now we want him to get a fair trial in court soon,â€ said Mpaso.

With 145 cases reported at the centre, child rights is one of the problems sorted out. Mpaso said although most of the cases revolve around domestic violence and child maintenanceâ€”when men impregnate women and are not willing to take care of the childrenâ€”cases of labour disputes also arise.

Wilford Pondeponde, 24, and Peter Yabu have a story to tell on a contract gone awry.

The two builders were contracted to construct a building around Dedza Township. They agreed to get K1 700 (about $5.66) per day, for 20 days.

â€œWe finished the work in February, but we were approaching April and we were losing hope that we would ever get our pay. It was Malawi Carer, which mediated and finally, the man paid,â€ said Pondeponde.

Mpaso said in such a case, the organisation mediates between the two parties, until issues are resolved.

â€œIt is easy for someone who has been hurt, and feels they have nowhere else to lay their worries, to commit crimes. Such mediation has helped resolve family disputes that could have resulted into cases of domestic violence,â€ she said.

The project to seek justice for people such as Gambuleniâ€™s son is being funded by the Scottish Government through Active Learning Centre of Scotland and the British Council.

Efforts o take human rights to the grassroots of Dedza, said Mpaso, have faced opposition. When a police officer or other duty bearers have to face a summons from a commoner, they usually donâ€™t comply.

The resistance also comes from chiefs, who feel the chickens they get for presiding over such cases will no longer go into their pots.

â€œChiefs feel we are taking away what belongs to them. Traditionally,they preside over some disputes and get chickens as chabwalo. They use cultural norms to determine who is wrong, but we use the law. That is the difference,â€ said Mpaso.

According to Carerâ€™s deputy executive director Martin Munthali, reaching out to people in rural areas such as Dedza is the way to make legal services available to all.

â€œPoor people in rural areas donâ€™t have access to legal information and advice and therefore lack access to justice. The rich can buy the services of a lawyer, the poor canâ€™t,â€ said Munthali.

That rings true, with only 18 lawyers at the Legal Aid Office based in Blantyre, Lilongwe and Mzuzu who handle cases that may take two to three years to complete. People in rural areas like Dedza remain on the fringes.

The message is sinking, and people in Dedza are fighting for their rightful place in society. As one man, Chimaenda Betha, observed, for a long time he was discouraged with cases of property grabbing among his kith and kin.

â€œThese were rampant. It gave me worries. My worries vanished, when I learnt that I can write a will, and no one can take away property from my wife and children when I am gone. Currently, my will is under the custody of the DC,â€ said the retired agriculture extension workers, a father of six.

With more and more people realising their rights, and hope that those whose cases have not been completed, like the juvenile at Chilwa, come to an end, the wrongs of Dedza will continue to vanish. 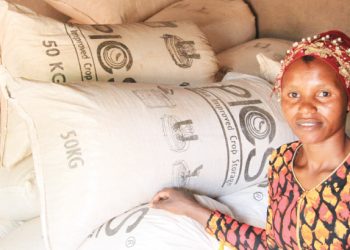 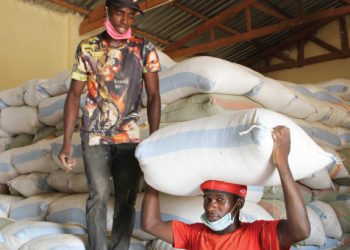