by Brian Itai
in Editors Pick, Society
3 min read
0
Share on FacebookShare on TwitterShare on WhatsAppShare on LinkedinLinkedinShare via Email

The world has slid into an era where dressing goes beyond the purposes of covering one’s modesty but also an act of laying down a marker, speaking volumes how fashion wise one is.

Locally, a wind of change is slowly sweeping across the fashion world. The designs which were then synonymous with all the big occasions in years gone by such as Christian Dior, Coco Chanel, Pierre Cardin, Giorgio Armani and company have all-of-a-sudden found unlikely competition.

The hunger and desire for people to identify themselves with their origins has forced them to go for local designs which offer a distinct traditional feel. This urge has forced the market to react as evidenced by more designs flooding the local market.

Lilongwe-based designer Roy View Banda appears to have seized the business opportunity and using his fashion sense, he is a young man on the move with his creations under Roy View Designs (RVD), a company he registered in 2014.

The 31-year-old artist makes designs for different occasions be it weddings, engagements, corporate gatherings and fashion events. He also does designs for various personalities which identify them with their groupings such as politicians. 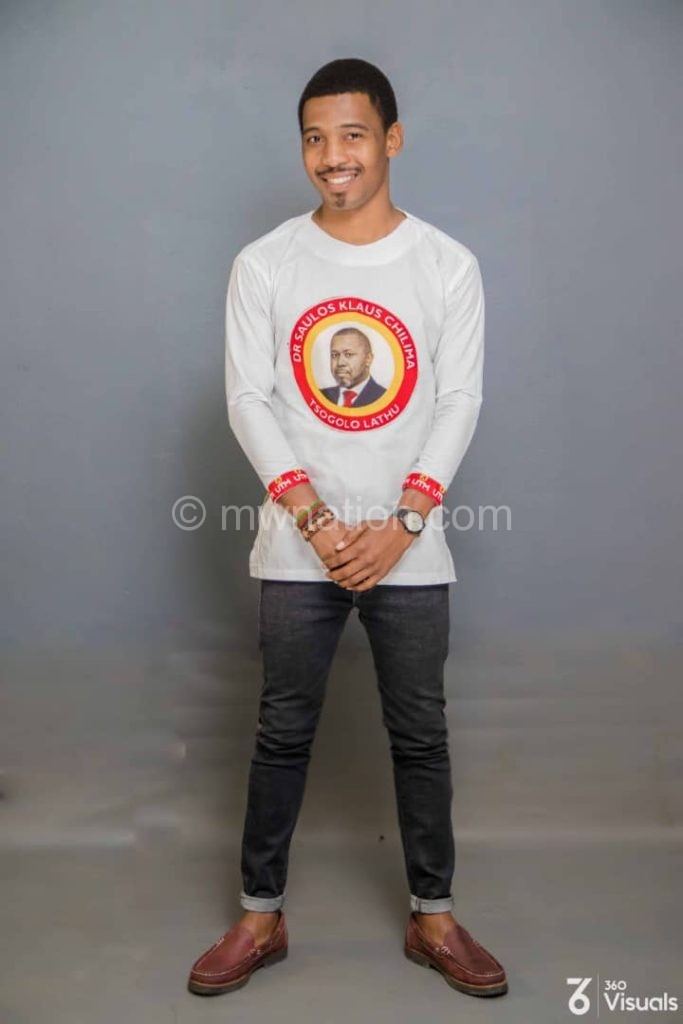 In an interview with Society, Banda said he did not undergo any formal training but only learnt the art of designing from a close friend.

“I feel it in me that I am a natural designer. I was just born like that,” he says.

When he made his first steps into the design industry he had nothing. His only motivation to step into the fashion and design trade was his passion and belief in what he wanted.

He says: “I have had an interest in fashion since I was young. I used to wear unique and smart clothes. If I had a garment which did not really suit my taste, I would take it to the tailor and have it improved according to my wish.

“As time wen,t my friends started asking me where I got my clothes because of their uniqueness. That gave me the idea that I could be making clothes and sell them,” he declared.

Through leaps and bounds, he has seen his business territory expand. It has been a journey full of ups and downs as dealing with different people has proven to be tough for the designer at times.

“You deal with people’s emotions directly. Some are satisfied and some are disappointed. If their imagination does not meet with mine in terms of what they want then it is a problem. But I keep learning every day and I can say I am experienced now as my business has grown,” he says.

Recently he was chosen as the 2018 Designer of the Year in the Urban Music People (UMP) awards and it is not a feat he takes for granted.

The designer says: “I felt extremely excited. It is amazing to see people recognising you and voting for you to win something. That was one of the best moments of my life.”

At the moment Banda is creating designs for several political figures which for business reasons he refused to reveal. But he said it is an undertaking which is proving worthwhile on the business front.

“As someone in fashion I felt disappointed to seeing our top politicians spotting their party clothe colours which lacked any style or class. This created a zeal in me to come up with something that they would enjoy wearing on the podium,” he says.

His growing fan base gave him a resounding thumbs up when he got his first award. His official Facebook page was awash with congratulatory messages when it was announced he had scooped the UMP Fashion Designer of the Year award.

One follower, Comely Ian wrote: “I knew you would win this award. As far as fashion designing is concerned in the country, you are the most outstanding.”

The small and slow strides he took at first may have offered little promise, but with a little bit of perfecting, his journey may just land him gold.