When cholera killed a patient at Iponga in Karonga on November 24 last year, public health workers quickly blamed it on migration between Malawi and Tanzania.

“Two business people are believed to have gone to Kyela in Tanzania where they might have eaten and taken drinks which were contaminated,” district environmental health officer Lewis Tukula told The Nation.

The border district along the northern shoreline of Lake Malawi has recorded 347 cholera cases and seven deaths ever since.

It borders Mbeya District in Tanzania, where busloads of Malawians go to order goods for sale. The north-eastern country has registered almost 1 445 cholera cases since August last year.

However, persistent cholera outbreaks in Malawi and the neighbouring Tanzania, Zambia and Mozambique have exposed water and sanitation gaps in the 15-nation Southern Africa Development Community (Sadc).

World Health Organisation (WHO) reports that 11 African countries are hit by outbreaks of varying intensity—with eight of 15 Sadc countries affected.

With porous borders and free visas in Sadc, cross-border travellers increasingly find themselves in unsanitary spaces where they do not only trade goods and services—but also infectious diseases.

So far, the highest counts are noted in Democratic Republic of Congo (DRC), Zambia and Mozambique.

However, WHO maps show the worst cholera case fatality rate is happening in Malawi where 3.1 percent of all suspected patients have died.

Chief Mwilangombe of Karonga firmly blames migration and unsanitary conditions for the spread of the acute watery diarrhoea that kills within hours if not treated.

Mapping trends of infection, he says: “Let’s not forget this disease originated from Kyela in Tanzania.  From there it came to Iponga, then Mwakaboko, then in my area where it has found a fertile place in the densely-populated Ngala fishing village where fishers’ crews lodge in filthy shacks with no latrines. How can we win the battle against cholera if people defaecate in water?”

The affected spots lie along M1, the northern corridor which connects Malawi with Tanzania’s trade route to the coastline port of Dar es Salaam.

In February, Minister of Health Atupele Muluzi told Parliament:  “At no point did we see an epidemic in Malawi.”

He reckons “it would be fair” to say the country was “very fortunate” unlike its more devastated neighbours.

Zambia capital, Lusaka emerged the worst hit, with over 5 000 confirmed cases and almost 80 deaths. As patients piled, Zambia Government turned Lusaka’s Heroes Stadium into a cholera treatment camp. On the streets, armed patrols typified desparate control measures that included bans on food sales and handshakes as well as closure of churches and schools.

According to Muluzi, Malawi has no reason to deploy armed forces because the cholera burden does not warrant it.

In the country, health workers in 14 affected districts have treated 880 cases in the waning spate that has killed 28.

These affected zones largely include border districts such as Dedza, Kasungu, Likoma, Chikwawa, Karonga and Mulanje.

But trends of infection require concerted action in the Sadc region to close sanitation gaps, for cholera is preventable.

Interestingly, the Minister of Health knows it is simple to prevent the disease if everyone uses safe water, good sanitation and personal hygiene.

Parliamentary Committee on Health and Population chairperson Juliana Lunguzi asked the minister to tone down on comparisons with affected neighbours.

She wants the ministry to show commitment to tackling cholera “which has caused widespread concern”.

In November 2015, President John Magufuli showed the way when he cancelled Tanzania’s Independence Day celebration and ordered a national campaign to make the country cleaner.

In his reasoning, the media reports, it would be “shameful” to spend huge sums of money on the celebrations when “our people are dying of cholera”.

This jolted many Tanzanians from decades of inaction and the results were instant at Kasumulu Border Post along Songwe River which splits Malawi and Tanzania.

In a first, fruit vendors by the roadside were urging buyers to wash hands first and throw leftovers in a plastic bag—not anyhow.

“Keep Tanzania clean to avoid the fury of cholera and Magufuli,” said a man selling peeled pineapple on a spotless stretch where trucks once queued in the middle of garbage spills.

On the way to Mbeya, an hour bus trip Malawians make using a border pass that expires six kilometres from Songwe, ripples of Magufuli’s reforms were discernible.

At Kyela where many Malawians order goods, the streets were clean, unlicensed food outlets banned, restaurants strictly inspected and the locals were quick to remind visitors of their Magufuli who hates cholera.

Four years on, the cholera outbreak in southern Africa is a wake-up call that Tanzania, Malawi and their neighbours need to do more to kick out cholera.

However, Sadc has not been as forthcoming as it weighed in when the deadly Ebola hit West Africa four years ago.

With no case in the region, ministers on August 6 2014 held an emergency meeting in Lilongwe where they resolved to work together and share resources and innovations to confront the highly infectious virus and other common problems.

In February, we asked Sadc secretariat how it perceives the persistent cholera outbreaks and assist affected member States.

We have received no reply, except assurances, as authorities are unsure if Sadc has the mandate when it comes to stopping cholera infections.

But to show they are sick and tired of the virulent disease associated with contaminated water or food, Sadc States must act decisively to close familiar gaps in sanitation services. n 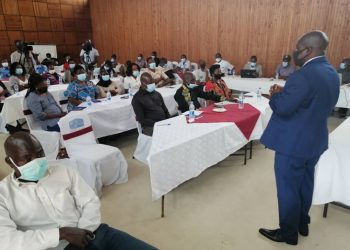