If anybody had any doubt that the people of this country are determined to reclaim their destiny, if anybody thought that their loyalty can be taken for a ride—forever—their devotion to a better Malawi is secondary to devotion to tribe or party; if anyone thought Malawians will mortgage the future of their children—by paying a blind eye to the carnage going around the country—Tuesday provided an emphatic answer.

Granted a choice between status quo and change—they remembered that status quo meant more of the same: one tribal cabal dominating this great country for its own corrupt ends; friends and families of those in power getting all the few jobs and contracts—especially the plumb ones— in government while them—the rest—suffered in excruciating poverty.

They remembered that status quo had been all about lies and delusions that the country is fast developing. They went to the booth with anger in their heart, and delivered a resounding rejection of status quo; a ruling party that had begun to increasing look and act like a mafia.

A ruling party that sought to divide them for its survival, undermine rule of law and appeared too willing to tear apart the country’s supreme law.

And they remembered a president who appeared unwilling and unable to stop all the carnage in his party and government at every stage. Presented a choice to try and experiment with a new leader, albeit one without experience of office, but ultimately without excessive baggage, the people of Malawi refused to be made to believe that the best services they can get, the best government they should aspire for, is what is obtaining at the moment. For this reason, among many, Peter Mutharika will not get a second term—tried as he did. Lazarus Chakwera, instead, will be our president—the sixth Malawian to take the oath of the presidential office.

We pray for a peaceful transition. Chakwera is a man, like the rest of us, with deep flaws but ultimately with enormous potential. We can only wish him like. Like one outgoing US president once wrote to an incoming president: “Your success is now our country’s success. I am rooting for you.” But we will be failing in our duty to simply stop at offering our congratulations to the new president without adding caveats.

Chakwera is assuming enormous power and with power comes responsibility. We will be failing in our noble duty if we don’t say it here and now, that Chakwera should never forget why Malawians have put in office. Well, he has earned their trust and vote today, but that must be reciprocated and sustained by his actions in office. He must do what he promised: fight corruption, deliver policies that effectively fight poverty, grow the economy and improve service delivery. Nepotism is not a virtue and will not be welcomed. Self-enrichment under Chakwera will make Malawians turn against their president and party in the same fashion as under Mutharika. Malawians’ loyalty should not be taken for granted.

But if Chakwera does as he promised, he can be assured of the country’s support. And a place in history. For tough as the job at hand looks, it’s doable. And it can transform the country, too, if done properly. As Chakwera must know this, there are many others who didn’t want the Chakwera presidency and whose vote he didn’t earn.

Chakwera must strive to be their president, too. He must understand their fears and assuage them. He should be president for all but must be a fair and honest, as fair and honest as a president can be.

He must be transparent and always feel an obligation to accountability. He may not meet all the personal expectations, he must meet the national ones.  He cannot listen to every kind of advice; he must listern to the good one. But he cannot be a good president if he does not give away some of the enormous power vested in his office.

By saying so, we are actually quoting him. Chakwera must free up every governance agency up there: the Anti-Corruption Bureau, National Audit Office, Police, you name them! He must also remove immunity of his office so that every president going forward, should be able to face prosecution so long as they have broken the law like everyone else. And finally, must never feel like the presidency is an entitlement.  Good lucky Mr. President! 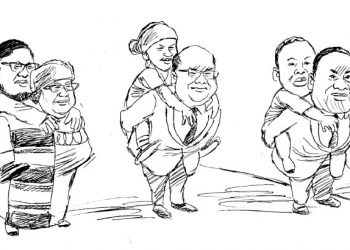 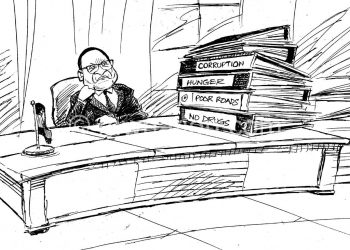 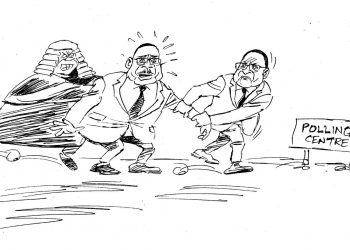