One Friday morning in August this year, nurse-cum-midwife Luseshelo Simwinga-Mumba set out to work as usual. She found the labour ward at Zingwangwa Health Centre in Blantyre packed.

Her colleague, who was on night duty, was about to knock off and her first patient to review was a teen-mother heavy with her first pregnancy.

Says Simwinga-Mumba: “She was labouring actively and I started helping her to deliver the baby. It was a long labour process, but she finally delivered a beautiful healthy baby girl.

“However, the health centre did not have umbilical cord clamps which we use after cutting the umbilical cord to secure the baby’s cord for it not to bleed. As such, we were using sterilised gauze strings or proper yarn to tie the cord.”

The 29-year-old works as a nurse-midwife mentor under the Global Aids Interfaith Alliance (Gaia)-Global Action in Nursing project.

Her job involves working with midwives in five health centres in Blantyre Urban by helping them manage both normal and complicated labour conditions.

When need arises, like it did on this particular day, she also provides midwifery care at the health centres.

Says Simwinga-Mumba: “After delivering the baby, I tied her cord with a gauze string, tied it on two places to be safe, wrapped the baby and started cleaning the mother.”

However, before she finished cleaning the new mother, she observed that the baby was becoming pale.

“Upon uncovering her, I found she was bleeding from the cord and was looking weak.

“I then re-secured the cord and quickly fetched an ambulance to ferry the baby and her mother to Queen Elizabeth Central Hospital.

“I advised the mother to keep checking the cord,” says the nurse-midwife, who has delivered almost 4 704 babies in the past seven years.

Simwinga-Mumba says she later learnt that, upon reaching the Southern Region referral hospital, the baby had bled even more regardless of the extra ties put on the cord.

She says: “Luckily, she was managed well and got a blood transfusion on her first day of life.

“By God’s grace, she pulled through and got discharged from the hospital healthy and well.”

Reeling from this experience, Simwinga-Mumba and her colleague, Oveka Jana, 27, who was also working as a nurse-midwife mentor on the Gaia-Global Action in Nursing project until August 2020, decided to act.

Says Jana: “Imagine a newborn baby undergoing a blood transfusion on the day she was born because of unavailability of a cord clamp which costs between K65 and K80. This touched us and burdened our hearts.

“Apart from what Luseshelo experienced at Zingwangwa Health Centre as well as the shortages of umbilical cord clamps that we noted in the other four health centres, we also heard of similar stories from our colleagues across the country.”

Using social media platforms such as Twitter, Facebook and Whatsapp, Simwinga-Mumba and Jana shared their stories and experiences, appealing to well-wishers to donate cord clamps.

They indicated that the donation could be made through them or at any public health facility since the shortage is a shared problem nationwide.

Before making the public plea, the two had bought 500 cord clamps which they shared equally across the five centres they are involved with.

After sharing their stories and experiences, several individuals and institutions responded with donations of the essential commodity to help lessen neonatal morbidity and mortality in the country.

“The outcome has been great. We have so far collected 39 600 cord clamps through donations made to 18 districts and two central hospitals,” says Jana.

This means 39 600 newborn babies born in public health facilities that benefitted from the appeal will not have to go through the experience of the baby delivered at Zingwangwa Health Centre on that particular Friday.

Among those that responded to the appeal was Lilongwe-based Flood Church which donated money that bought 70 boxes of umbilical cord clamps containing 100 cords each.

Flood Church on-staff Kate Mkandawire says upon learning about the need, the church raised K475 000 from its community using social media because, at that time, the church was only meeting online.

She says: “The church sent this money to the two midwives and they bought the cord clamps. We decided to make the contribution because we believe that it is important for the church to support the wider community.”

While Jana states that shortages of cord clamps in public health facilities has always been there, she says the situation might have been made worse due to the Covid-19 pandemic.

She says, from her experience, other essential supplies in public hospitals have also been dwindling because the Central Medical Stores Trust (CMST) is facing procurement challenges due to Covid-19.

“With Covid-19, for medical supplies to reach the country, it is taking as twice as long. So, they might have procured the umbilical cord clamps but then they are still on their way,” says Jana.

However, he says the trust is expecting  a delivery from its supplier and stock is going to be available in public hospitals soon . 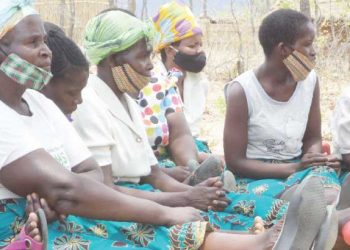 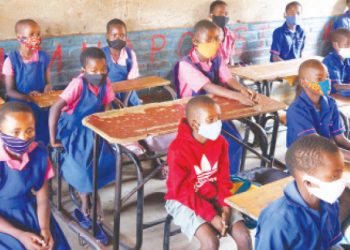