Primary and secondary schools as well as some tertiary educational institutions fully reopened yesterday after a seven-month break as a precautionary measure to tame the spread of the coronavirus.

During spot-checks yesterday, a majority of learners were seen wearing face masks on campus but some of them took them off immediately after leaving school premises on their way home. The teachers too were seen using face masks.

Some schools, mostly in rural areas and without desks, had seating places marked with maize flour to ensure a distance of at least one metre between students. The marked lines were seen at Thunga Primary School in Thyolo District.

In an interview, a Standard Seven learner at Chichiri Primary School, Jonathan Kasiyamoyo, said he was happy that schools finally opened.

“I am very happy as a student and I will make sure that I observe all the precautionary measures so that we shouldn’t go back home again,” he said.

Generally, the situation was normal on the first day as turnout of the students was not affected.

A deputy head teacher at Pirimiti Primary School in Zomba said they were impressed that many students turned up on the first day.

At some schools such as Catholic Institute (CI), Mbayani, Namalimwe and Makata in Blantyre City, classes were split into groups of about 30 learners.

In an interview yesterday, Mbayani Primary School head teacher Lami Mizele said teaching in the Covid-19 pandemic era will be tough as 32 classrooms the school has do not match the number of learners. The school has an enrollment of 8 540 against 98 teachers.

On her part, CI Primary School head teacher Maggie Mpaya said besides some challenges such as having some learners without face masks, the school started on a low note as close to half of the enrollment did not report for classes on the first day.

She said out of 490 Standard One learners, only 203 attended classes which were split into five groups.

At the three institutions, classes were also split and some learners were being accommodated in halls as part of observing physical distancing.

In an October 8 2020 circular, Ministry of Education Principal Secretary Chikondano Mussa said classes in the junior levels should be staggered as a measure to avoid potential spread of the pandemic.

While urging head teachers to comply with the directive, she also said all institutions must ensure that all teachers must report for work on daily basis.

In the circular, Mussa also said schools must ensure that they observe the set guidelines by Ministry of Health and that periodic assessments will be often made.

Government on March 23 2020 directed closure of all public and primary schools and universities as a response to the Covid-19 pandemic.

However, in August, President Lazarus Chakwera said schools would reopen in September following assessments the Ministry of Education would make. n 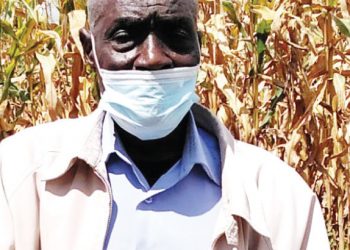