Kamuzu International Airport in Lilongwe is probably experiencing the effects of population growth as part of its land slowly gets encroached on by villagers desperately looking for land to farm or settle.

As part of saving the remaining land, ADL has this year planted 2 000 trees on bare land close to the main gate. The area used to have trees but lost them to wanton cutting.

“In the past, the airport used to look beautiful. There were trees all over the place, but tourists are now complaining of the lost beauty. Some of them even come to my office to complain about this,” he said.

The airport land is the main bone of contention, with villagers encroaching on land reserved for future expansion. Even that land close to the airport police which was earmarked for new Lumbadzi Housing Estate is now full of village houses.

Yet right now, 1 691 plots have already been demarcated, indicating that the authorities are about to develop the areas.

Chattaika says ADL is also planning to build a shopping mall, hotel, service station and recreation area. This will take about 70 hectares.

The controversial undeveloped airport land extends to the border with Central Poultry Company along the M1 Road.

“We are also planning to have a second runway and lease part of the land to an investor who will turn it into a commercial farm with a processing plant whose products will easily be shipped outside [the country] through the airport. This land is about 300 hectares,” he added.

However, the authorities have to resolve land wangle with encroachers, who are mostly people from Traditional Authority ChitukulaÃ¢â‚¬â„¢s area.

“It is true that two villages of Mchepa and Nkhalamba are seated on the airport land. They were told to move out and were compensated. But they only left temporarily and came back,” said T/A Chitukula.

He also revealed that in November last year, the two villages exchanged bitter words because of the land and the matter was referred to the office of the district commissioner. The chief says the matter is yet to be resolved.

“When discussed exhaustively at village level, we concluded the land belongs to the airport,” Chitukula said.

Chattaika also confirmed the chiefÃ¢â‚¬â„¢s remarks. He confirmed that sometime back, all but one village were relocated.

“We are talking of land extending from Lumbadzi housing area to Lumbadzi Police and the airport gate. Now, those who had moved out are coming back, arguing why one village is still there,” he says.

When visited, the controversial place looks a typical village filled with grass-thatched huts.

Chattaika hoped the villagers will have all moved out of the area by this year.

However, apart from the encroachers, authorities also disclosed that part of the airport land is not registered.

“We have engaged [office of] the district commissioner and Ministry of Lands to regularise about 200 hectares of the land, of which we do not have the title deed. Papers were submitted in 2009, but up to now we are still waiting for the title deed,” said Chattaika.

Parliamentarian for the area where the airport is located Harima Daudi has asked the chiefs and subjects to collaborate with airport officials in protecting the airport land.

Kamuzu International Airport is the biggest and modern airport in the country, seconded by Chileka Airport in Blantyre.

Let us kindle the reading culture 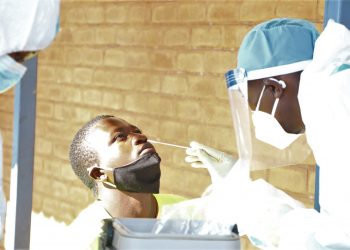