Scramble for toilets in cities

As the raging cholera outbreak enters urban settings, Malawians in populous parts of cities and towns could be sitting on a time bomb.

In the thick of Ndirande Township in Blantyre, silent scrambles for pit latrines pan out as multiple families share a single latrine.

Regina Afiki, 42, and her seven children have no toilet. So are their neighbours.  Six homes, each housing at least five people, use one pit latrine.

The neighbours take turns in a roofless, unsanitary latrine made of sun-baked bricks. No door. Green flies buzz as they hover in and out of a wet hole on a soiled floor. It is in a dilapidated state and looks likely to crumble in no time.

But this is not their major worry. Rather, they are unsettled by Ministry of Health revelation that the country’s commercial city is at risk of suffering the sanitation related diseases.

“If cholera arrives in Blantyre, it may be just a matter of time we catch the disease,” says Afiki.  “All of us use a single toilet and we may perish. It’s just by grace that there has not been any cholera outbreak here.”

The fears of almost 30 people in the neighbourhood being is on the edge of widespread public health crisis in high-density townships.

Rapid population growth and an influx of people migrating from rural areas in search of jobs and better economic prospects in town and cities have left populous townships with shortage of land for toilets.

According to the United Nations Department of Economic and Social Affairs reports, there were an estimated 2 710 000 people living in urban areas in 2014.

The global body projects the urban population to grow to 12 437 000 by the year 2050—making it one of the fastest urbanising countries in the world.

This points to diminishing land holding and low likelihood for low-income residents in overcrowded urban locations to own toilets.

In an interview, Minister of Health Atupele Muluzi, explained: “Today we live ever more urban lives and our cities, towns and villages are significantly more congested.  This means that the risks of defaecating in the open are significantly higher, simply because of population pressure.”

Unfortunately, urban populations are silently left behind in the push to ensure every home owns and uses a hygienic latrine in line with the community-led total sanitation (CLTS) policy Malawi adopted in 2008. Government embraced the policy to reduce the burden of cholera and other hygiene-related diseases that represent slightly over half of patients treated in health facilities countrywide.

According to Muluzi, the national taskforce has certified only 69 out 263 traditional authorities (T/As) to be free from open defaecation.

“In fact, Balaka District was the first to be awarded the open defaecation-free [ODF] status in November 2017. Thirty one percent of villages still need to meet the required standards,” he explains.

Muluzi described the ODF status as important standard as it provides a level of confidence for both residents and government that communities are serious about eradicating the conduct which fuels the spread of cholera and other diarrhoeal infections.

For the health minister, the country faces a simple challenge.

“As long as all Malawians own and use toilets, diseases such as cholera will be history,” he says.

But Afiki, personifying the dilemmas of Malawians in slums and high-density settlements dominated by -income earners, says she cannot afford land, bricks, cement and other necessary materials for a decent latrine.

“There was no toilet when he bought it,” she says. “With little money, I find it hard to build one. Of course, we dug a pit and covered it with a cement slab, but I am struggling to complete it,” she says.

The country rues missing its target to eliminate open defaecation in rural areas by 2015.

But a spate of cholera in Kasungu town and the capital, Lilongwe, confirms achieving total sanitation is not just an agenda for rural communities where the majority of Malawians live.

Cholera has hit 20 people in Lilongwe, exposing a breakdown in sanitation in the city where numerous households in clustered locations share toilets due to land shortages.

According to Hygiene Village Project executive director Roy Khonyongwa, numerous challenges, especially failure to empower communities to embrace the desired change, has slowed down the campaign against defaecating in the open.

He explains: “We weren’t empowering communities to be active in constructing their own toilets. Besides, communities did not have a sense of ownership for the sanitation facilities. When communal taps, boreholes and toilets broke down, they would wait for their benefactors to fix them,” he says.

However, Khonyongwa commends government and nongovernmental organisations for empowering traditional leaders to rally their subjects to stop defaecating in the open and construct toilets.

The tobacco paradox, other issues

No need for sugar imports 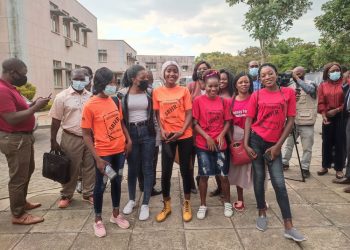 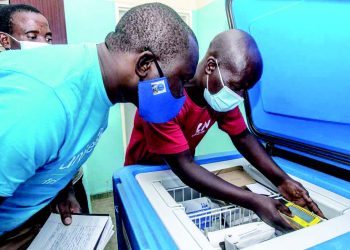 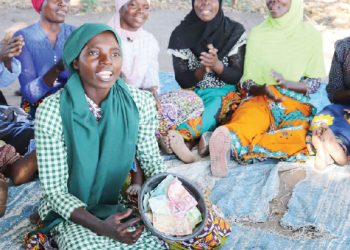 No need for sugar imports