On October 16 this year President Lazarus Chakwera received a peace award from the London Political Summit. The same went to his predecessor Peter Mutharika the week before.

The awards, coming after the President has spent his first 100 days in office, expectedly, got reactions from the social media and the public.

But before the discussion around the awards subisided, the five judges of the High Court of Malawi, who nullified the May 21 2019 Tripartite Elections got a prestigious 2020 Chatham House Prize for their landmark ruling on February 3 this year.

All the awards, however, have the common denominator—that is they recognise the recipients as having played a crucial role to sustain peace in the country during a tumultuous period in the aftermath of the May 21 2019 elections.

But in particular, the London Political Summit Uhuru/Raila Peace Accord Award went to Chakwera and Mutharika in recognition of the two political figures’ role in ensuring smooth and peaceful transition of leadership through upholding the separation of powers of arms of government, through civic education and the protection of voters’ rights in the pre-election period.

According to a statement issued by the London Political Summit, the country has set an example for other African countries.

It partly reads: “Malawi has thus set a precedent for other African states and for countries around the world to follow. Uhuru/Raila Peace Accord Award was inaugurated in 2018 in the UK’s House of Commons. The award is in recognition of the ‘Handshake’ between Kenya’s President H.E. Uhuru Muigai Kenyatta and the former Prime Minister H.E. Raila Amollo Odinga. The handshake restored peace after contested election results.”

In an interview, a Chancellor College based political commentator Ernest Thindwa argues that the audience for the London Political Summit awards is largely African, but Malawians ought to be proud of the recognition.

“The idea is to encourage democratic transitions in Africa because not so many countries experience smooth transitions of power,” he contends.

Thindwa makes allusions to countries that experience political violence after holding elections. Interestingly in Kenya in 2007 a presidential election in which former president Mwai Kibaki was declared a winner against Odinga, sparked violence that led to the death of people.

The violence ended in 2008 when Kibaki and Odinga formed a power-sharing government.

In 2008 in Zimbabwe political violence reared its ugly head after Zimbabwe Electoral Commission announced that there was no winner between Robert Mugabe and Morgan Tsvangirai. In the run-up to the run-off elections, supporters of Mugabe and Tsvangirai clashed.

However, coming back home, the awards have more to do with Malawians than the two recipients, argues Thindwa.

“Institutions such as the Judiciary, the Malawi Defence Force (MDF) and ordinary Malawians should be recognised for ensuring peace prevail in the country,” he argues.

Just like Thindwa, Chakwera also commends Malawians, the judges and the MDF for their role in sustaining peace.

Critically reading Chakwera’s acceptance speech, one sees that the real recipients of the award are Malawians whose willingness to sustain the hard-won democracy and peace is unrivalled.

“I believe that regardless of political affiliation, the people of Malawi have distinguished themselves as a beacon of democracy.

“As you know, Malawi had an election in 2019, the result of which I and the Vice-President [Saulos Chilima] challenged at Malawi’s Constitutional Court, but which also triggered months of demonstrations that pitted citizens against armed police officers.”

While recognising Malawians for their role in sustaining peace during the tumultuous political period before the Fresh Presidential Election on June 23, Chakwera posits that there were two factions that perpetrated violence in the country soon after the May 21 2019 Tripartite Elections; he calls them violent elements within the police and the rank and file of the then ruling party.

“These two violent factions were a clear threat to Malawi’s constitutional order and the cause of peace. The threat created an environment of mistrust and suspicion between my followers and those of my predecessor, with no guarantee that the outcome of the court battle to which we were both party would be accepted peacefully,” Chakwera contends.

His contention is that the police seemed compromised in the way they handled the demonstrations in the aftermath of the May 21 2019 elections. Then protesters were allegedly harassed by the former governing Democratic Progressive Party (DPP) supporters.

During one of the demonstrations in Blantyre, DPP supporters allegedly attacked protesters near Trade Fair grounds along the Masauko Chipembere Highway.

One of the human rights activists and a member of the Human Rights Defenders Coalition (HRDC) Billy Mayaya was attacked by the said DPP supporters.

However, Chakwera argues that the political turning point was the nullification of the May 21 2019 presidential election.

“When the court ruled in our favour by annulling the 2019 elections and ordering a fresh poll, there was peace everywhere, even celebration,” he says.

About the five judges—Healey Potani, Ivy Kamanga, Redson Kapindu, Mike Tembo and Dingiswayo Madise—Chatham House director and chief executive Robin Niblett said: “Our members recognized you for upholding the independence of the judiciary in your historic February 2020 ruling on Malawi’s presidential election.”

Brian Banda, Chakwera’s press secretary says the President attributes the peaceful transition to the solidarity of Malawians, the professionalism of governance institutions such as courts, the Malawi Defence Force and the newly constituted Malawi Electoral Commission (MEC).

Namathanga replaced Commander General Vincent Nundwe in March. Nundwe earned praise for the way he led the MDF to protect demonstrators in the aftermath of the May 21 2019 Tripartite Elections.

Said Munthali: “It is a well-known fact that Mutharika appointed General Namathanga with bad intentions. The timing of his appointment raised more suspicion and fear in the public that Mutharika would succeed in capturing the ‘peoples’ Malawi Army by using it as a tool to suppress the will of the people by clinging to power.

“However, Namathanga proved his critics wrong by continuing from where Nundwe had stopped by ensuring that the Malawi army remained professional and faithful to the people of Malawi and the Constitution.”

In contrast, Mutharika’s speech sounds philosophical and unlike when he was president, is devoid of confrontational elements.

He argues: “This award is an affirmation of my personal conviction. I have always believed that peace is fundamental to development and human welfare globally. But peace is delicate because peace is precious. Peace must be jealously guarded at all times.

“Therefore, the primary responsibility of those of us who hold power is to avoid violence and ensure peace at all times. After all, power is not status. Power is responsibility.”

A week after receiving the award, Mutharika spoke again of the significance to allow peace to prevail in the country.

Speaking at his retirement home in Mangochi after staying quiet for close to four months, he argued that he remained quiet to give time and space to his successor to get settled in the office of the presidency.

Mutharika, who still criticises the nullification of the May 21 2019 presidential election, said he would have gone to court following his defeat, citing ‘violence’ in the Central Region but decided to let it go.

“Malawi is bigger than an individual,” he contested.

Similarly, this is what his predecessor Joyce Banda did when she lost to him [Mutharika] in 2014. Banda protested the results, claiming they were marred by irregularities, but she accepted them, nevertheless.

Ironically, Mutharika now echoes Banda’s sentiments she made upon her arrival in the country in 2018 from her self-imposed exile of nearly four years.

After enduring sneering remarks from Mutharika’s supporters that she had fled the country, Banda said it was proper to give Mutharika time to accomplish his goals for the country.

Thus Mutharika and Banda claim that in deciding to stay away from the new presidency [in the case of Banda] or stay quiet as Mutharika did, peace prevails.

The two however, are just emulating the gesture set by past leaders who showed that peace was more precious to the country.

Since 1994 the country’s political leaders have been willing to let go when Malawians have decided otherwise on the ballot.

He congratulated United Democratic Front candidate Bakili Muluzi and wished him well. Peace prevailed as a result of that statesmanship demonstrated by Kamuzu.

The peaceful transition continued in 2004 when Muluzi handed over the mantle to Bingu wa Mutharika, after unsuccessfully losing a third term bid the previous year.

However, the country’s peace was put to test in 2009 when Muluzi joined forces with Malawi Congress Party John Tembo against Bingu. Ironically, Muluzi was the first to concede defeat and congratulated Bungu. He even attended his swearing in ceremony at Kamuzu Stadium. This, again, fostered the peace in the country.

It appears whoever has received the awards, in the end, Malawians are winners.

From Mangochi with love 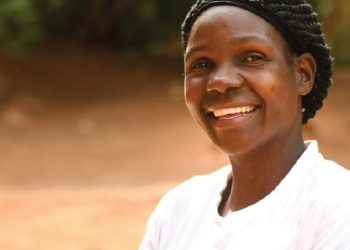 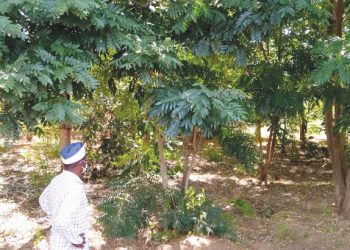 Conservation benefits for all

From Mangochi with love