by James Chavula
in Political Index Feature, Editors Pick
7 min read
0
Share on FacebookShare on TwitterShare on WhatsAppShare on LinkedinLinkedinShare via Email

During his inauguration on Independence Day, the former opposition leader set the tone for “a better Malawi” where public servants have nothing to hide from the citizenry.

He promised to activate the Access to Information Act that Parliament passed in December 2016, make full declaration of his assets every year, regularly meet leader of opposition and answer questions in Parliament every three months.

Chakwera’s tone clichés angry outbursts of his predecessor Peter Mutharika, 80, he defeated with 58.5 percent of the vote.

The octogenarian refused to take questions in Parliament and told off ATI campaigners: “I don’t take ultimatums; anybody putting deadlines on me is wasting time.”

Last month, the 65-year-old retired pastor defeated the octogenarian who ranked accountability “the number one pillar of democracy” and wanted “everyone to account to someone”, but ruthlessly resisted to be accountable.

The new leader promises “to do my best for you as your servant” and “set a good example of submitting myself to the constitutional processes, provisions and institutions” designed to ensure that the President and Vice-President are always at their best.

However, despite his determination to wage war on entrenched corruption, impunity and secrecy, Chakwera came short of committing to declaring financiers of his Malawi Congress Party (MCP) successful campaign in line with the Political Party Act.

Instead, he firmly anonymised them: “If it were not for hundreds of businesspersons and workers donating their own resources and money to give wings to our campaign so that we could reach voters in far-flung places, none of us would be here.”

The governing Tonse Alliance’s funding has come into question as critics accuse Chakwera of using his first Cabinet to reward cronies and financiers of his campaign.

“The Cabinet is all about those who contributed to the MCP campaign,” says DPP regional governor Christopher Ngwira.

Governance expert Dr Henry Chingaipe describes the ministerial appointments dominated by two families as “less inspiring” and “insensitive”, reckoning that the president might have looked at “the ministers’ loyalty to the party and contribution to the struggle”.

“The Cabinet represents some kind of a crisis of expectation in that a good number of Malawians expected a different type of Cabinet that can deliver the kind of agenda that has been set [to build a better Malawi for all],” he says.

The makers of the Political Party Act, which came into force on December 1 2018, abhorred secrecy over political financing because it fuels corruption, favouritism and State capture Chakwera deplores.

They did not want wealthy keepers of corrupt regimes to monopolise contracts, public appointments and other trappings without regard for equal access.

Section 27 of the Political Party Act requires parties to declare to the Registrar of Political Parties all donations they receive from any person or organisation.

“This provision promotes transparency and accountability on the part of political parties as a way of curbing corruption and preventing them from benefiting from proceeds of crime,” says Kizito Tenthani, executive director of Centre for Multiparty Democracy (CMD).

“We don’t want a situation where, through such donations, political parties end up being captured—where parties that get into power are expected to reward their benefactors using government contracts. This would breed corruption the provision aims to keep in check,” he explains.

We have asked State House if it is by chance that Chakwera’s sermon on transparency and accountability fell silent on the requirement to declare sources of his party funding. His aide Sean Kampondeni has promised to reply to the questions MCP spokesperson, the Reverend Maurice Munthali, referred to party secretary-general Eisenhower Mkaka and the presidency.

“It’s not necessarily about MCP policy, it’s about complying with what the Political Parties Act stipulates,” Munthali says.

Tenthani was “pleasantly surprised” that the President publicly acknowledged that his campaign was supported by “hundreds of business persons and workers”.

“I didn’t expect the President to give a list of donors at that moment. Rather, in the same spirit that he pledged the implementation of the ATI Act, I expect his administration to fully operationalise the Political Parties Act,” he states.

Even the Office of the Registrar of Political Parties has not been established.

Tenthani expects that the new administration will “move away from rhetoric and begin to take action” if Chalkwera is fully committed to transparency and accountability.

“At this point, I would be slow to blame political parties for failing to declare finances. While the Act is operational, authorities haven’t put in place instruments that allow political parties to fully comply with the Act,” he states.

The gaps sustained by the previous regime means that the dos and don’ts cannot be enforced.

The law also prohibits handouts which marked the June 23 election.

“It is therefore incumbent on the new administration to do what is required of them and ensure that all relevant pieces of legislation are given what it takes for them to take effect.

“As CMD, we stand ready to support all efforts that will ensure that the Act becomes fully operation. We believe that it will not only help political parties to become better organised, but also fight against corruption..”

Political scientist Happy Kayuni says most political parties are not comfortable to disclose their sources of funding.

“This is true not only in Malawian but most countries. Our President needs to be commended for pledging commitment to enhance transparency and accountability in the public sphere, but it needs to be extended to political parties as well.

Kayuni, from Chancellor College,  observes that the Political Parties Act has not been well sold to the public, so politicians have  do not feel the pressure to implement its contents.

He calls for properly organised political activism to take not only Tonse Alliance, but all political parties, to task so that they seriously start implementing its provisions.

“The implementation of the said provision will go a long way to reduce politically-induced corruption in the country,” he  states. 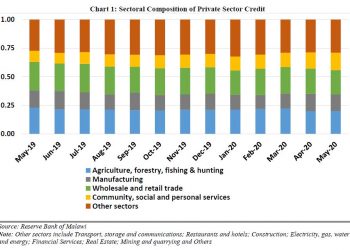