Three years ago, I dated a married man. All I wanted from him was money. He would pay for my rent, electricity, water, buy groceries and buy me clothes. In return, I would sleep with him. This went on for some time until he started demanding to sleep with me without protection. I resisted at first, but when he threatened to withdraw support, I gave in as I was jobless and single.

One round and I fell pregnant, what should I do?

My boyfriend is short-tempered

Within six months, I was pregnant. When I told him, he said I should ‘flush it’, meaning that I should abort the child. When I rejected the idea, he stopped seeing and supporting me. Till today, he has not paid me a coin for child support.

Biggy, I have suffered with the baby alone. I tried to be good to him by not involving his wife in the matter, but he never showed up. I also did not care to find out where he lives. But last week, a friend tipped me that they saw my man. He was drinking himself to death at a pub in Blantyre when the baby lacks the most basic necessities. My friend says if I want compensation, I can still drag the idiot to court.

Should I sue him or just hire some ruffians to beat him senseless? I am so pissed off!

If I were you, I would bewitch him so that he loses the potency to father children all over the place, let alone the potency to rise to the occasion in bed. I would travel to Angonia in Mozambique and find the most lethal herbs to make him impotent forever. He is such an idiot.

Of course, hiring some goons to beat him to pulp sounds pretty cool!

But the trouble is you will end up in the cooler and leave the two-year old without a mother. So, don’t even think about that. Let the fool live.

Now, let us think about what you should do next. But before we do that, let us reflect on what you have done.

I think you should stop blaming the man for impregnating you as you share responsibility for your predicament. You are not a minor and you were not raped. Instead, you allowed a man to keep digging you without using a condom. Who does that in this age and era when men are transmitting all sorts of diseases from mauka, vindoko, mabomu to the most lethal of them all, HIV?

Dearest AK, because you are not a child, it should have occurred to you that if the idiot was allowed to spit in, he could knock you up or give you vindoko! And what did you do? Nothing. No pills, no female condom, no diaphram or even push him out when he was about to spit in, all you did was spread your legs even wider and scream, ‘Come, baby, come!’ again and again.

So, here you are asking BMW to help. Really? Ine m’naliko m’mapanga zanuzo? Anyway, who am I to judge?

Here is what you should do. Haul the idiot to court and there he will not play games, he will pay. In this country, judges—even first grade magistrates—don’t care whether a man is married, ready to be a father or not. They will make him pay through the nose. So, take him there. He will pay.

One round and I fell pregnant, what should I do?

My boyfriend is short-tempered 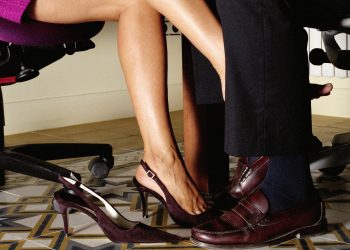