A friend complained about his maid’s attitude months into her employment. She seemed indifferent, to him in particular. He wondered what crime he may have committed to his employee, especially as the one footing her salary. It was until he walked on his wife complaining to her about his late nights and cheating tendencies that he unserstood her attitude. The maid automatically sided with the aggrieved party and took it upon herself to ‘deal’ with him.

I have observed households that rope in maids totally into the family affairs. They will seek opinions and advices on situations and will sit down to analyse family members with them. Perhaps after months of interactions, it may seem normal to assume some form of ‘relationship’ with the maids or even gardener.

I would like to differ. Workers are strangers and should remain such even when we bring them into our folds. They are there to do their jobs—cleaning, washing slashing, running errands and caring for the home. Other affairs are none of their businesses and they should not even poke their noses into them. They are meant to keep their employers secrets in the event that they get to know. It is inevitable anyway for them to know our issues as they are living under the same roof.

If a wife decides to confide in a maid and the maid takes advantage of the situation to come between the couple, will she blame her? When I say coming in  between, I mean capitalising on the couple’s differences and hitting on the man. This is how these maids snatch men in the homes. They are given way too much information and shown the green light. These men are left ‘unprotected’ and some workers are vultures. They will seize any opportunity and before long, the people we assume to be friends turn their backs on us when we least expect. Mind you, they are in legions out there. They meet, strategise and implement.

Out of respect and to set boundaries, don’t allow workers to meddle into your family affairs; be it commenting, suggesting anything about your family members or otherwise. Let them talk about you elsewhere. You cannot control that, but do not give them the leverage to tamper with your territory. Keep a tight grip on your household and family. They will not find their way through to destroy it if unarmed.

Remember, no matter the perks, conditions or benefits; workers, most of them at least, are never grateful. Therefore, it would be living in a fool’s paradise to believe they have your back. A managing director cannot hang out with the guard or cleaner of a company. The general manager will not interact with the receptionist. Think about that the next time you are tempted to share about the condoms you found in his back pocket with a maid. Let her find out for herself, but she should not dare come running to you to report and demean him. It’s just not in her place. She is just a mere maid. Ndanenatu.

Do not throw in the towel, yet 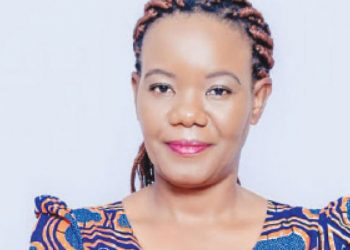