It’s not easy to remain united in opposition. Once power is gone, our parties turn on each other, rebellion and revolts become the order of the day, leaders who were once beyond reproach are suddenly questioned by rank and file, wisdom which was once only finding traction outside, is embraced by quarters within

So, welcome to the boxing arena Democratic Progressive Party. This is now open season for fights, revolt and rebellion. Peter Mutharika, after all, is finding it belatedly that his word, once law in this party, can and is being challenged. The very same people who worshiped the ground he trod on, who made him believe they would kill for him or at least die to protect the edifice of his leadership, have turned up with ammunition, trading their guns on the poor old professor.

And yes, just like when he was president, the former constitutional law professor has once again failed to read the times. As a consequence, just as State power slowly eroded him; party power is also shifting painfully for him to watch, away from him. For now, though, there are two centres of power, one his and another run by his cunning deputy president from the South, who first imposed himself as leader of opposition in Parliament against the party leaders wish, before legitimising the position, when the party disowned his move, by organising with—the aid of ally and party’s all powerful Secretary General—- a vote by the party’s MPs who resoundingly elected him Leader of Opposition.

It’s the kind of revolt Nankhumwa had warned the party it will face if he was removed as leader. It’s a kind of revolt Mutharika could’ve avoided by reading the signs of time and doing the honorable thing, namely, resigning from office the moment the results of presidential elections were announced and the party finished a distant second to its Tonse Alliance rivals.

At the wrong side of 80, Mutharika has no business doing with party or national leadership. The same thing applies to Goodall Gondwe and truth be told, George Chaponda. These three, plus all politicians in the party that are seen as the face of the corrupt regime Malawians bravely rejected in the June vote, ought to have seen the sunset of their political careers. For one, they are guilty of the economic genocide that has no parallel in the country’s history. Importantly for the DPP, their very presence undermines any serious attempts to rebuild the party. Nankhumwa is not, by any stretch of imagination the leader DPP currently needs, if you are in doubt you should just watch any video of his performance in parliament the day President Lazarus Chakwera challenged him to the Question and Answer session (fulfilling a Constitutional requirement Mutharika the former Constitutional Lawyer never attempted while in power) or hear him explain his side of the education credentials debacle; he is far from convincing. Neither did Nankhumwa did anything while DPP was in power to suggest the moral authority required for anyone who is to lead the ailing DPP out of woods. So, Mutharika had a responsibility to, perhaps, help DPP find a new leadership that won’t be associated with the era of errors that was his reign but he could’ve done so by asking all his colleagues in that government, to step back and resign. But doing so would’ve meant giving up on influencing who takes over, for a guy who was handed over the presidency by his brother, a former lawyer who thought it wise to appoint the leader of opposition when the law says the party should elect, that would’ve been too much to ask. Mutharika knows not how to lead in a democracy or follow the law. It’s a fact that ended up his presidency becoming a nightmare and one that threatens to send the once mighty DPP into its political grave. 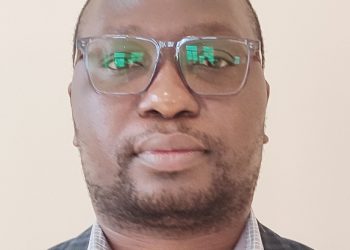