Silver probes cause of poor form

Silver Strikers have set up a three-member panel to investigate the root cause of the team’s poor form in the TNM Super League.

The club’s chairperson Ralph Tseka confirmed in an interview yesterday that they had a meeting on Monday where they agreed to set up an inquiry into the team’s struggles in the top-flight league, where they have won one match in their last six games. 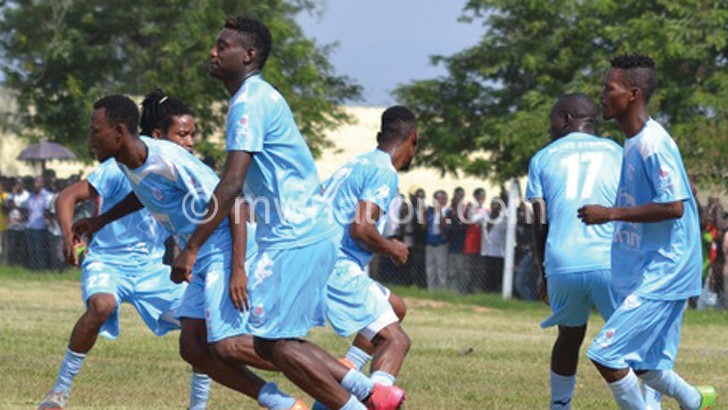 They were also warned against losing a match in cup competitions.

The Bankers are third on the 16-team log table with 37 points with a game in hand.

They are nine points behind leaders Nyasa Big Bullets and two adrift of second placed and defending champions Be Forward Wanderers.

Tseka said: “We would like to find out the cause of our recent poor form so that we can make an informed decision. Of course, we set the ultimatum for the technical panel, but we have realised that we might press the wrong button as the problem might not be with the coaches.

“The reason might be the attitude of the players or something else. Therefore, we have set up a three-member team to investigate.”

The club has given the investigation team, whose individual names have not been disclosed to avoid jeopardising theri task, a week to come up with a report., according to Tseka

“Once we get that report, we will make our final decision about the way forward. It has been very painful for us that despite going by the technical panel’s demands to hire new players such as Khuda Muyaba, things are not improving,” the Central Bankers’ boss said.

However, he refused to comment on whether the latest development means that the technical panel is off the hook as regards its other challenge not to lose a match in cup competitions, including their Carlsberg Cup round-of-16 encounter against Mafco.

“We will cross the bridge when we get there,” he said.

Chimodzi said they will wait for a briefing from the executive committee on the inquiry before commenting.

Bullets given Monday deadline on reserve side