Businessperson Simbi Phiri is well-known for his successes. Among others, the South Africa-based Malawian business tycoon has business ventures in the two countries as well as Botswana.

Inspired by his success story of resilience and hard work, rapper Macelba has released a song Simbi Phiri which is about how he aspires to be as successful as the tycoon.

Featuring Janta, Malinga, Ace Jizzy and 2B, the song is a hip hop piece which brings the voices and talents of the artists woven seamlessly together to deliver an interesting piece of art.

“Nane nfuna ntakhala Simbi Phiri/ Nzakhale ndi makhoza kathithi/ Monga ghetto youth never give up… (I also want to be like Simbi Phiri. I should have a lot of money. Like a youth from the ghetto, never give up),” goes the song in part.

In an interview, Macelba said the song is meant to motivate the youth to work hard and work smart in whatever they do.

“The story of Simbi Phiri is not just about him making it big, but that he helped his community after he got successful. This is very encouraging,” he said.

Macelba said he hopes from the song, the youth can believe that hard works pays just like the case of Simbi Phiri and many other hard-working people.

In a separate interview, Janta said the song is powerful as it talks directly to the youth to work hard and become whosoever they want to be.

“This song is for the dream chasers, hustlers, tomato sellers and musicians who are all trying to make it big,” he said.

Janta said it was exciting to work with Macelba as he is a unique rapper.

“Being featured in this song motivated me a lot to work hard at my craft,” he said. 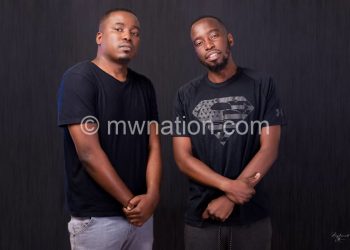