by Frank Namangale
in Front Page, National News
5 min read
0
Share on FacebookShare on TwitterShare on WhatsAppShare on LinkedinLinkedinShare via Email

Phiri, in an interview monitored on Zodiak TV on Saturday, said he doesn’t like antagonism, but warned that if the DPP officials want to continue fighting him, he can take the fight to them ten-fold.

A visibly dismayed Phiri claimed that politicians from almost all the major political parties go to him to ask for money for their campaigns, putting it plainly that he has assisted DPP as a party and several other individuals, “including those obstructing Khato’s Lake Malawi Water Supply Project valued at U$500 million (about K400 billion) to take off”.

“When we do have that which we can have, we do [donate] when these people approach me,” Phiri said, dismissing assumptions that he belongs to any of these political parties.

Asked by the Zodiak Broadcasting Station (ZBS) journalist Daniel Mababa the motive behind the financial assistance to the politicians, Phiri said when they approach him, they appear as people that are out there to help bring development to Malawi, but they lack resources.

He claimed some of the politicians wose campaign for parliamentary seats he financed are now Cabinet ministers, but are sadly turning on him and taking his name to the streets during demonstrations, alleging that he gave money to the opposition to bribe judges who handled the presidential nullification petition case. “If you have information that I gave money to bribe judges, why not take that to the Anti-Corruption Bureau (ACB)? Why take my name to the streets, and not to ACB?” he queried. He further complained that some politicians in DPP, whom he did not name, are blocking the water supply project because they think the money would go to MCP.

Phiri said when he meets President Peter Mutharika, he gets an impression of a gentleman and in-charge of things, but his ministers turn around and spoil everything immediately he walks out.

The Khato executive chairperson explained that he is close to MCP president Lazarus Chakwera for a simple reason that his home in Mchinji is only 20 kilometres away to Chakwera’s, adding that he cannot look at Chakwera as an enemy as some people would want.

MCP spokesperson Reverend Maurice Munthali said in an interview on Saturday that he may not know how Phiri assisted the party or individuals, explaining that the party may not know where its officials are getting their financial support from.

“I want to believe that Mr. Simbi Phiri is talking from very clear conscience. But we’ve to get the information from the ground. People get financial assistance in different ways from different people,” Munthali said.

UDF spokesperson Ken Ndanga said he was not aware personally of individuals Phiri assisted, but said party officials can personally get financial assistance from well-wishers.

“I, personally, got financial assistance from different people when I was running for a parliamentary seat in 2019, but the party may not have had this information,” Ndanga, who lost the race, said.

Aford spokesperson Khumbo Mwaungulu also said he may not know beneficiaries in the party of Phiri’s benevolence, adding that he had no reason to dismiss the claims as some officials may have been friends with him.

DPP secretary general Grezelder Jeffrey said he was not aware about the claims Phiri raised, but referred the issue to the party’s spokesperson Nicholas Dausi, who could not be reached.

Back on the Lake Malawi Water Supply Project, designed to pump and deliver 50 million litres of potable water from Salima to Lilongwe City every day, Phiri said whatever the case, the Malawi Government is going to pay Khato Civils.

He said finances from banks sourced by his company have always been ready, but government has been giving excuses.

“Financiers have always been ready, even if government can give a go ahead like today, funds would be available,” he challenged, adding that his company is spending substantial amount to keep equipment that was brought into the country.

He added: “They are running away from complying with this contract, but it is not possible. There is no way I can be taken for a ride, this has taken a lot of [my] money,” he said.

The DPP, during its demonstrations on Monday in Blantyre, carried placards and some of them read that the money the opposition used to bribe judges for them to rule in favour of the petitioners in the presidential nullification petition case came from Simbi.

DPP yet to provide info on judges’ bribery claims

Malawi is no longer the same 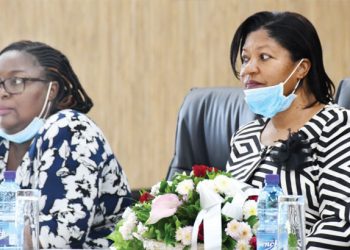 Malawi is no longer the same