Sevie ‘Smokey’ Phiri is little known in Malawi. But on the international music scene, he is one of the sought-after multi-faceted film directors.

At 22, his age betrays what he has already achieved in the African music industry. 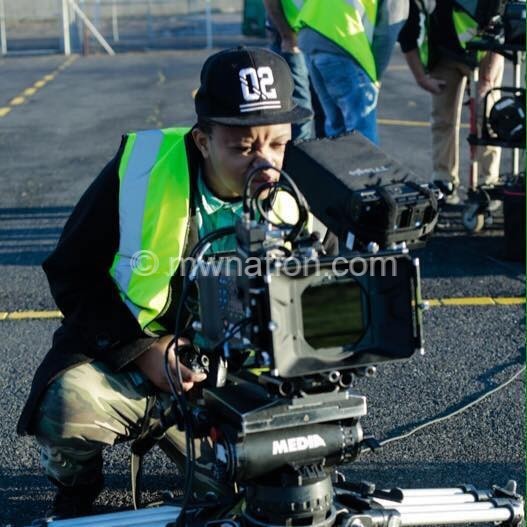 As a Malawian based in South Africa, Smokey has rubbed shoulders with African music giants such as P-Square, Diamond Platinumz, Flavour and others while directing and shooting their videos.

He has been working as the first assistant cameraperson under Godfather Productions which granted him the opportunity to work on Sexy Rose by Flavour featuring P-Square and Nana by Diamond featuring Flavour.

“A part of me has always been a storyteller. I went to study photography after completing high school, but then, eventually fell in love with motion pictures after first year that led me into film studies. Passion and dedication to my craft made my childhood dream of becoming a director a reality,” he explains.

Smokey is a graduate of photography, film and video technology studies at Cape Peninsula University of Technology in Cape Town, South Africa.

He has since directed various music videos, high-end documentaries, musical events, TV pilots and a few short films which launched his illustrious career at a young age.

“I have grown up in a family that enjoyed watching movies and that’s where it all began. I fell in love with the medium of film and TV; I am a creative person by nature and wanted exposure to the creative industry and I have always been drawn to the idea of creating art through motion pictures,” he says.

Apart from musicians, he has also worked with Elvis Chuks, a famous Nigerian film director and has been on the set of Royal Castle which starred Yul Adochie and Nambitha Nompumulwana, among others.

“Getting into this industry at such a young age as a director, I needed to always believe in my craft and most importantly myself. You need to surround yourself with people who challenge you and people who will question your decisions all the time. That makes you grow tremendously,” he says.

At the moment, Phiri is working for Zoona as content coordinator on full-time basis.

But he also has a few projects he is working on during his free time.

“I have a big budget music video with Tombo K coming up soon. I am also working on commercial adverts with my business partner Mike Jojo in South Africa. I have also directed some inserts for Spice TV, a Nigerian Fashion TV Channel,” he says.

His plan is to open a film school in Malawi and inspire other youths that it is possible to make it big in photography, film and video industry.

Smokey says he would also love to work with Sukez, Tay Grin and Gwamba on the local music scene.

“He has become a good friend and we casually bump into each other on flights connecting  Johannesburg and Chileka.

“I would also like to work with Tay Grin because I think he is an incredible musician who is doing his best to put Malawi on the continental map,” he says.

Sukez, real name Gift Sukali, describes Smokey as a hardworking director whose videos give hope for the music industry both in Malawi and the continent at large.

“I know Smokey. We have met a couple of times and few times in a plane.

“I would describe Smokey as a very hardworking guy I know. I have seen a couple of his videos and I can say he is going in the right direction, and that’s what Malawi and Africa need.

“I like his patience and humbleness. I know one day we will work together as we have done some schedules which people should expect in the near future,” he said.