by Suzgo Chitete
in Front Page, National News
7 min read
0
Share on FacebookShare on TwitterShare on WhatsAppShare on LinkedinLinkedinShare via Email

Fired presidential aide Martin Thom and Treasury official Nations Msowoya maybe the only ones arrested over the smuggled Baroda Loan Bill, but our investigations show that the wheeling and dealing was more perverse than our earlier revelations.

We have established, for example, that without parliamentary approval to the loan, the Peter Mutharika administration had in fact already offered a contract in April 2019 to an Indian firm Satec Envir Engineering (India) PTY Limited.

The contract—worth ($169 million) or around K139 billion at present exchange rate—was for the construction of houses for Malawi’s security institutions with a line of credit from the Bank of Baroda.

Principal Secretary for Lands, Housing and Urban Development at the time Joseph Mwandidya signed the deal on April 6 2020 while Satec Envir Engineering (India) PTY Limited business development manager for Africa Prakash Mukhiya, signed on behalf of the contractor. Felix Sapala of the Ministry of Lands and Urban Development was the witness.

Mwandidya sealed the deal barely two months after then Secretary to the Treasury Cliff Chiunda had written Baroda on February 21 2020 that there was need for further discussions and other processes before final agreements were reached.

Under the contract, Satec would construct 10 000 houses in two phases as follows: design and construct 5 000 three-bedroomed houses and a further 5 000 two-bedroomed dwellings in the second phase.

Weekend Nation has also established that Mutharika’s Ministry of Lands, Housing and Urban Development bypassed the Anti-Corruption Bureau (ACB) and the Government Contracting Unit (GCU) to award the deal to the single-sourced contractor.

ACB spokesperson Egrita Ndala and one of the directors at GCU Vincent Sikelo confirmed in separate interviews that the Ministry never submitted the contract to the agencies for vetting as per the Public Procurement and Disposal of Assets (PPDA) Act.

The Act requires that all high-value public contracts and single-source procurements undergo an integrity and compliance scrutiny by the ACB and GCU.

Section 37 (11) of the PPDA Act states: “Single source method of procurement or any high value procurement shall be subject to vetting by [ACB], pursuant to the powers conferred on the bureau under Section 10 of the Corrupt Practices Act”.

Mwandidya—who confirmed in an interview the existence of the contract—said he signed the deal based on information given to him by officials from his ministry and that of Finance.

The former PS said any questions on identifying the contractor and finance would best be handled by Treasury as his former ministry was just “an implementing agency”.

Despite Mwandidya owning the contract, former finance ministers and secretaries to the Treasury under the Mutharika regime claimed, in separate interviews, that the Democratic Progressive Party (DPP)-led government abandoned the deal with Satec and Bank of Baroda because it was not economically viable.

Both former minister of Finance Joseph Mwanamvekha and former secretary to Treasury Chiunda, who were at the helm when the contract was signed, feigned ignorance of the contract for “the construction” of residential houses under the National Housing Project (various security institutions)”.

Section 56 of the Public Finance Management Act empowers the Minister (of Finance) to borrow funds from external sources as long as Parliament approves.

According to this legislation, all loan agreements must also have the blessing from the office of the Attorney General.

Neither of these conditions was met before Mwandidya awarded the contract to Satec on March 18, 2020.

A former secretary to Treasury, who did not want to be named, said it is unlikely that the Ministry of Lands, Housing and Urban Development would make an offer or sign a contract with any firm—which has financial commitments in it—without the approval of Ministry of Finance.

When this was put to Chiunda, he, too, agreed that procedurally no contract offer could be made before conclusion of loan negotiations and that such an offer to a contractor could only be made after Parliament had approved the loan bill.

“In that case you need to ask Ministry of Lands how they made such an offer even before the negotiations on the loan had concluded. Usually, offers are made based on availability of funding, so how can you sign a contract before you have the funds?” wondered Chiunda.

But the award letter from the Lands Ministry could not be clearer and so is the contract.

“I am pleased to inform you that your company has been awarded the contract for the construction of residential houses under the National Housing Project at the contract sum of One Hundred and Sixty Nine Million United States Dollars [$169 000 000.00]” reads the offer letter from Ministry of Lands, Housing and Urban Development signed on March 18 2020 by Mwandidya who also signed the contract on April 6 2020 with Felix Sapala, the ministry’s director of housing as a witness.

After looking at the contract, a lawyer familiar with drafting of such contracts confirmed that it is the way contracts look and are formulated in government.

We sent a copy of the contract to Sapala showing his signature as a witness for confirmation, but he has not responded despite our text on WhatsApp registering a blue-tick.

Our investigations have also tracked paper work which shows that the contract was drawn after a ‘No Objection’ from PPDA, which nodded to single sourcing of services from Satec.

The PPDA approval letter dated April 4 2019 came almost a year before the offer letter was made and the contract signed.

In the letter, the then PPDA acting director general Timothy Kalembo granted the ‘No Objection’ based on a letter received on March 26 2019 from the Lands Ministry.

Kalembo and PPDA were yet to respond to our questionnaire to justify their clearance for single-sourcing when more than one firm had shown interest to undertake the project.

Section 37 (9) of the PPDA Act only allows for single-sourcing under the following circumstances: where only one supplier has the technical capability or capacity to fulfil the procurement requirement; where there is an emergency need for the goods, works and services; or where the procuring and disposing entity, having procured goods, works and services from a supplier, needs additional goods, works or services from the same source for reasons of standardisation.

We have also established that it was Satec that identified the Bank of Baroda as a financier of the project and the creditor proceeded to make the financial offer to the Malawi Government.

In a letter dated  February 21 2020 (FIN/DAD/P/1/1), addressed to the chief executive of Bank of Baroda London Branch,  Chiunda acknowledged the bank offer and went on to advise that there was need for a formal meeting between the two.

“Please be advised that there will be need for formal negotiation meeting for the Bank of Baroda, Satec and government prior to government taking the matter to Parliament for approval,” reads in part a letter from Chiunda to Bank of Baroda copied to Secretary for Lands, Housing and Urban Development.

Chiunda said the letter was not an approval of anything, but part of the normal process in which they set conditions for any willing financier. Unfortunately, said Chiunda, the Bank of Baroda did not meet the set conditions and negotiations did not take place. 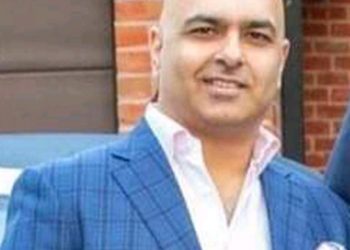