Though tactics normally win football matches, Malawi National Football Team, the Flames, are hoping for a miracle this evening when they face African champions Cameroon at Ahmadou Ahidjo Stadium in Yaoundé,  in a 2019 African Cup of Nations (Afcon) qualifier.

Like the biblical Daniel, who was cast into a den of lions by King Darius but never got devoured, the Flames are seeking God’s favour when they come face to face with the Indomitable Lions.

Football Association of Malawi (FAM) competitions and media manager Gomezgani Zakazaka, who has accompanied the team, said yesterday the team had a 40-minute prayer session to invoke divine intervention.

“Vice-captain Aubrey Nankhuni led the session and preached on the story of David and Goliath which represents Malawi and Cameroon scenario. Nankhuni preached that after all the hard work in training the players must now believe in themselves and have faith in God,” said Zakazaka.

But coach Ronny Van Geneugden (RVG) has emphasised tactical discipline in the match against star-studded Cameroon ranked 50 by Fifa against the Flames 125.

He said: “What we have analysed is that the first important thing is that they [Cameroon] have very tall players. Most of their players are above 1.85 metres tall. That means they are very good at set-pieces and corners on offensive.

“But also they are very strong defensively. They also have some individual talent that can make a difference. So, it’s very important to play compact game—don’t give too much spaces where they can be very dangerous. And also don’t use tactics which you think they can’t stop. Always keep enough players behind the ball. It’s not a team that look forward to score many goals. They like to kill the game by scoring one or two goals and then block you. So, it’s up to us to work from the first minute and play good organised football. Everybody has to do his job.”

Cameroon top Group B with four points while Morocco, who face Comoros at home, are second with three points.

The Flames are third with three points as well but have an inferior goal difference while Comoros are at the bottom with a point. 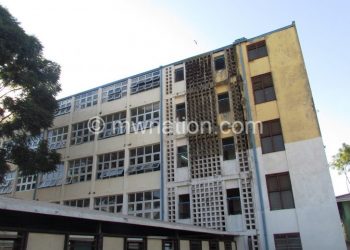