by Nation Online
in Analysis, Columns, Editors Pick
4 min read
0
Share on FacebookShare on TwitterShare on WhatsAppShare on LinkedinLinkedinShare via Email

BY LEVI KABWATO
The one-year anniversary of our hugely-contested and drama-laden general elections passed this past Tuesday without much pomp and fanfare. Quite appropriate because there is nothing to celebrate about that affair, which put us on the global map for all the wrong reasons — a poorly-run electoral management body, immature political parties and an abused citizenry. Not celebrating does not mean we should not commemorate, however. After all, one year behind us only means there are four more ahead in which, as a nation, we have to make some critical decisions. Some of these decisions should have been taken as early as 1994, at the onset of our democratic dispensation. As a result, our electoral processes have been haunted by almost similar challenges, cycle after cycle, without lasting solutions in sight.
In 2014, our electoral democracy came under severe threat in a way most people either don’t realise or have never quite appreciated. The evident tension between the Malawi Electoral Commission (MEC) and the presidency as the election unfolded could have spelt doom for us, especially after former president, Joyce Banda, declared the election null and void.
Due credit must be given to MEC and the Judiciary, subsequently, for exercising autonomy and showing independence in that moment, some would say, of madness. Although these two institutions did not inspire much confidence among some citizens, the fact that they were willing to be stretched to capacities rarely seen or imagined should be a key learning point for Malawi.
The repeated sight of violence in our elections deserves more treatment than we currently award it. Granted, the magnitude of the violence pales in comparison to that which has been seen in other countries but this is no excuse. We have justified violence in our elections to the point that we are unwittingly normalising an anti-democratic abnormality by first anticipating it and then legitimising it when it is unleashed.
That some people could cheer and egg on protestors invading polling stations, stealing and emptying ballot boxes, tearing ballot papers and burning them reveals the lack of confidence and distrust we have in some of our electoral management systems, especially dispute resolution mechanisms.
Hence, we need to invest in educating ourselves that violence — of any kind — has no role to play in elections. We have lost so many lives, and too much credibility to want to continue on a trajectory that condones violence, if not reward it. Part of the problem is that the most critical aspects of our elections management approach are exclusive and out of touch with the mass of Malawians.
Elections should not be a mystified exercise, a smokescreen between political elites and unsuspecting voters. A vote is much more than putting an individual in power. It is the ultimate expression and endorsement of democratic governance. It is an expression of faith, never to be taken for granted.


While MEC has come under severe criticism for its handling of elections in Malawi, we need to realise that the citizens of this country, voters and non-voters alike, bear primary responsibility for MEC and how it executes its mandate. A strong MEC is not one that depends on the benevolence of the Executive and the Legislature but one that is inspired by the confidence and trust the citizens it serves place in it.
In this regard, Malawian political parties have a particular role to play in inspiring this confidence and trust through the way they conduct themselves. That a young democracy like ours has over 50 registered political parties is not a sign of democratic strength or stability. It is a very strong message — as historical precedent shows — about an insatiable appetite for power manifesting itself through weak, unimaginative and compromised political institutions claiming to offer viable alternatives.
Going forward, therefore, Malawians will have to demand better from those claiming to represent their interests. The scandals that taint all governments, most opposition parties and some civil society organisations in the democratic dispensation should, 21 years later, cause us to deeply reflect on the kind of country we seek to build into the future. Are we using elections to endorse and reward unresponsive, unaccountable and anti-democratic leadership?
Every electoral period captures our national imagination and always brings out the best and worst in us as a people. Ahead of 2019, we have an opportunity to realise the best rather than worst.
Let’s seize the moment. Now.
Tags: Electionselectoral managementGovernanceMalawi Elections 2014malawi Politics
Previous Post 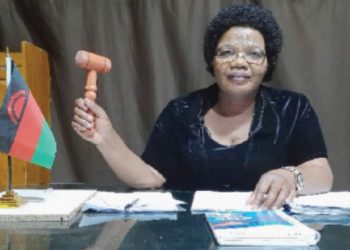