This is the view of the Parliamentary Committee on Social and Community Services. 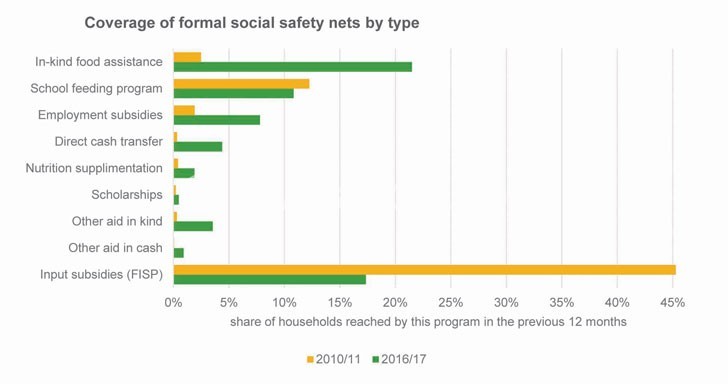 According to MNSSP II, poor households are defined as those with less than minimum acceptable food consumption and those that do not meet their basic needs as defined by the national poverty line.

In an interview on Tuesday, the committee’s chairperson Chimwendo Banda said the new programme of identifying beneficiaries has met a number of challenges, resulting in people who were not meant to benefit from the programme benefitting.

“Identification of beneficiaries has been a bigger issue in some districts where many people were not supposed to benefit. Being a new system, we anticipated that there would be some challenges, but not to a larger extent. The system is okay, but it depends on people who could do a good job on the ground.

“The actual people who went on the ground, including chiefs, did not do justice to the system. We need a proper way of handling this system by having rigorous monitoring systems,” he said.

The programme operates on the premise that social support programmes are crucial for tackling pervasive poverty and food insecurity, addressing inequality and ensuring that economic growth translates into improved livelihoods for the poorest and most vulnerable people.

Many households in Malawi are vulnerable to being or becoming poor due to low household incomes, food insecurity related to seasonal patterns of production that are rainfall dependent, and low ownership of productive assets.

These and other causes of vulnerability are exacerbated by climatic shocks such as floods and droughts which are becoming more frequent, variable and intense.

Safety nets are one of several priority poverty and relief responses that currently exist in Malawi, alongside the Farm Inputs Subsidy Programme (Fisp), Admarc maize purchases, and humanitarian aid.

Recently, the International Food Policy Research Institute (Ifpri) in a paper titled Are Social Safety Nets and Input Subsidies Reaching the Poor in Malawi? observed that a simplification of the targeting criteria could remedy the situation of identifying beneficiaries by making them more comprehensible and easier to enforce.

Ministry of Finance, Economic Planning and Development Poverty Reduction and Social Protection Division director Harry Mwamlima on Tuesday said while some hiccups cannot be avoided in such a programme, the targeting of beneficiaries has been good.

Currently, only six percent of all safety net expenditure in Malawi is financed by the government, according to World Bank.

‘Impact of power outage on revenue difficult to measure’

‘Impact of power outage on revenue difficult to measure’