Patience Matope, the gospel songbird who attracted President Joyce Banda to the French Cultural Centre (FCC) two years ago, has added her voice to calls for the Ministry of Tourism and Culture to swiftly reopen the inactive venue- saying it should come back better.

The launch of Matope’s debut album Ali Pano on December 5 2010 was FCC’s first performance with a sitting vice-president in the audience, despite being the last as the French Embassy announced closure of the centre four days later.

Speaking for the first time after JB succeeded the late president Bingu wa Mutharika, she asked government to quickly rehabilitate the venue which has suffered uncurbed looting due to delays in change of ownership as the forex-strapped Capital Hill grappled to pay the K300 million to Paris.

Said Matope: “It’s a pity the centre has been vandalised; the looting is costly to government and unexpected of fun-loving people. Memories of the President’s presence at the launch of my first album are still fresh.

“I am thankful that she humbled herself and braved the rains to sit in the dusty terraces with laypeople. That was a historic indication of her humility as well as love for God and art. I am confident her leadership will help fast-track the restoration of the venue and ensure it has decent facilities for VIPs as well.”

Most top musicians, dramatists, dancers and visual artists have ‘eulogised’ the FCC as a favourable seedbed for entertainment, art and culture, pointing out that it was affordable, centrally positioned and adequately equipped. It was worth K100 000 at the time of closure, while alternative halls cost double as much.

According to Principal Secretary for the Ministry of Tourism and Culture Fletcher Zenengeya, it suffered “extensive damage” and the facelift will require funds from partners as well as the upcoming national budget.

But Matope says even in its glorious days, the venue needed an ample car park and designated area for VVIP guests and surprises as JB on the rainy Sunday her friendâ€”Minister of Gender, Children and Social Welfare Anita Kalindeâ€”was expected to be the guest of honour.

“Despite being the most favourable and affordable venue in town, an upgrade is inevitable. Like airports, the centre must have special demarcation for VIPs and a press gallery. It was not respectful to see the President sitting in dusty terraces and meeting journalists in the woods behind the amphitheatre,” explained Matope, who worked with JB at National Association of Business Women (Nabw).

The said search for secure space saw a seat reserved for a cabinet minister sharing with artists at Ethel Kamwendo-Banda’s concert the same year of Matope’s feat.

She asked the President to continue gracing art events because they furnish leaders with special encounters with inspirational messages on spirituality, governance and the state of affairs. 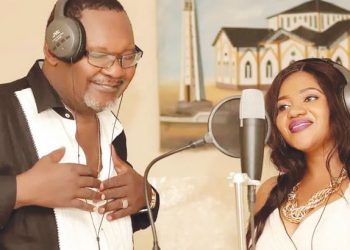