In the corridors of higher learning, students often share banter to unwind after hours of study.

One such banter goes like; “you came to the city because of education, without which you would have been unknown, lost in the oblivion of mundane village life.”

Well for Sophie Chitedze, this is not mare banter. It is an expression that aptly describes the course of her life.

Before she got selected to go to Ekwendeni Girls Secondary, she had not known the world beyond the horizon of her village.

From Ekwendeni, she came to know Mzuzu. And when she passed her Malawi School Certificate Education (MSCE) with flying colours, she matriculated into the University of Malawi at Bunda College of Agriculture (now Luanar) in 1980.

And it opened her eyes not only to the capital city, but the whole world.

Here is an inspiring story of humble beginnings that blossomed to produce a woman of grand stature in our society.

Sophie is now the country manager for Alliance for a Green Revolution in Africa (Agra).

She is the epitome of the modern African woman that refuses to be shackled to the kitchen.

Sophie is the champion of the African women that are able to compete with men on equal footing as she has excelled and scaled heights in positions society previously held as a recluse for men.

As head of Agra, she is charged with spearheading Agriculture transformation in Malawi by providing a platform for government, investors and Small and Medium-sized farmers in Malawi to work together.

“I represent Agra in the country and act as the catalyst for its integrated interventions by coordinating activities and building necessary relationships with the government, private sector, donors and other key stakeholders. I lead the country team to actively manage Agra country strategies.

“I lead my team in liaising with the government and donors and as the expert on needs in the country— to feed back into the technology and delivery teams and also in identifying grantees/implementing partners and the right avenues for marketing Agra’s investments effectively,” she says.

A case in point is few weeks ago when the Ministry of Agriculture in partnership with (Agra) presented an ambitious project at the just ended African Green Revolution Forum (AGRF) in Kigali Rwanda.

The project is worth $250 million and is designed to drive youth and women to take an active role in Agriculture activities.

It is part of a large scheme to transform Agriculture productivity in Malawi through Malawi’s National Agricultural Investment Plan.

Sophie was the driving force behind the project.

Her organisation brought together relevant stakeholders through a series of consultative meetings that lasted for months.

The proposal, which the Agriculture minister pitched to prospective investors at Africa’s foremost gathering of investors in Agriculture was the product of these efforts.

It would seem her background prepared her to work in this field.

She says she grew up in a family with strong Agriculture roots because her father was an avid farmer who relied on farming to generate revenue that paid her schools fees and fed her family.

Perhaps more interesting would be how she escaped the trappings of a mundane village life where young girls are often married off as soon as breasts start protruding on their chests.

Sophie gives a lot of credit to her parents. She says she excelled in school because her parents firmly believed in education as a driving force for personal growth.

“I am a daughter of a farmer who believed in the value of educating his children despite the cultural challenges that do not value sending girls to school. I had parents that instituted the appropriate discipline and behavioir in me. My mother could not allow me to be absent from school even a single day without good justification. I was the only girl selected from my school in 1980 to go to Ekwendeni Girls Secondary School.

“My father used proceeds from his cotton produce sales at Admarc (he had machinery such as ploughs, cultivators, ridger, oxen that helped him farm efficiently) to pay the full annual tuition fees  while mother supported me with upkeep and clothing. We had adequate food – milk from my father’s cattle, beef, goats, sheep, chicken and plenty of crop produce that kept us strong, healthy and smart in class,” she says.

From Ekwendeni, she went on to  Bunda: “Bunda literary launched me into a successful working career. This is where I met my husband followed by our wedding soon after graduation. It is education that made a difference for my life. The first time I travelled as far as Ekwendeni and Mzuzu was because of school. I came to Lilongwe and saw the city because of the studies at Bunda College.”

She graduated in 1987 and possesses an MSc in Strategic Management with merit from University of Derby, UK as well as an executive microfinance leadership certificate from Harvard Business School, Boston Massachusetts.

Sophie worked for Malawi Union of Savings and Credit Cooperatives, Ministry of Agriculture and Education prior to 2000.

Sophie is a financial inclusion expert with more than 25 years of international development and non-profit organisation management.

She was also senior technical advisor and principal investigator for the US Department of State funded wPOWER renewable energy distribution initiative across East Africa, key contributor to designing social enterprise approaches while located in Tanzania for five years.

Sophie has also worked as an independent consultant for GIZ/Ministry of Finance Economic Planning and Development, SEEP Network, Women for Women International between 2014 and 2017.

Sophie says her job is exciting because through it, she is able to contribute to uplifting fellow Malawians and, especially, smallholder farmers’ lives.

“I love giving back to my country having had exposure of working to support 18 countries across Sub Saharan Africa before I joined Agra in 2017,”she adds.

Sophie has three children—two girls— both graduates from international universities and a boy who is pursuing ICT degree studies at a university in South Africa. 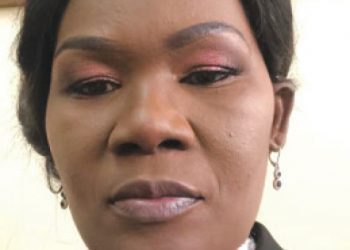