Sorting out long walks to school

by Albert Sharra
in Front Page, Weekend Investigate
7 min read
0
Share on FacebookShare on TwitterShare on WhatsAppShare on LinkedinLinkedinShare via Email

Three interventions—use of bicycles, self-boarding and boarding service provided by schools—seem to be too little a solution to long-walks to school in Malawi. In this final part of three-part series, ALBERT SHARRA looks at possible solutions to this problem. He  writes:

The rainy season is around the corner and for Mphatso Matabwa, a Form Four student at Lumbira Community Day Secondary School (CDSS) in Blantyre, is already worried. This is the time he misses many classes  due to the long distance to school.

ACB on Escom again over meters

The school is located about 17 kilometres (km) from his home in Maliya and walking the distance on a rainy day frustrates his access to education.

“My parents are poor. I have never seen an umbrella in our home because of poverty and so when it rains, it means no school,” he says.

He is not alone. In Mulanje, Cecilia Baluwa, a Form One student at Muloza CDSS says a rainy morning also means no school for her. She says she cannot walk 20km through muddy paths cutting across tea fields on a rainy day.

“Sometimes, I have to carry my uniform in a plastic bag and put it on when in school premise,” she explains.

The two students’ stories mirror the situation on the ground countrywide. Fifty-four years after independence, access to education is still frustrated by distance and most hit are girls in CDSS.

Students and school administrations have tried several measures to cope with the situation, but it seems even the use of bicycles to school is not a solution as most families cannot afford it. Although government banned self-boarding, some students have taken it as an option, but this has only exposed the students, particularly girls, to immoral behaviours, chiefly dating older men to make ends meet. Sadly, this leaves many of them pregnant and forces them out of school.

Some schools have gone a mile to construct hostels for their students, but lack of resources continues to cripple the quality of the service. Most hostels are inhabitable as they are congested, with poor ventilation.

We visited a number of schools offering boarding facilities to students from remote areas and found that none of them has potable water sources, a situation that is compromising sanitation in the hostels.

“We want to have good hostels with all the required facilities, but finances are not on our side. Many students walk long distances; that is why we constructed this hostel for girls,” says Muloza CDSS headteacher Clement Majawa, while pleading for well-wishers to assist.

We met Fanny Ndenda at Muloza CDSS in the hostel and said if it were not for the hostel, she could not have been in school today. Her testimony testifies how such initiatives are a relief to some.

But still, questions linger on the quality of the services offered against government recommendations. Poor infrastructures and conditions for learners are a thorn to Malawi’s quests to achieve the global goals, particularly Agenda 2063 and the Sustainable Development Goal (SDGs). Mainly gloom is the future of goal number four, which tasks all nations to ensure quality and equitable access to education for all. The quality is measured together with all facilities and services designed to help one access education.

Solutions to the problem

Scholars argue that Malawi’s problems on access to education are multifaceted, but they observe that they are manmade. According to Civil Society Education Coalition (Csec) executive director Benedicto Kondowe, the situation on the ground demonstrates that government has failed to solve the problem it created.

“In the first place, we did not implement the CDSS concept in a manner that other countries have done it. Secondly, noting that these schools were designed to ensure that students don’t walk too far to get education, our government was not quick to put in place mechanisms that would ensure the facilities are available.

“This is why we ended up using primary school blocks for CDSS classes. Because of this, secondary school students were learning few hours. Over three quarters of primary school teachers were sent to teach in CDSS and the quality of education was thrown to the dogs,” explains Kondowe.

Kondowe bemoaned that for two decades, the problem of long walks to school is remains unresolved. He says it simply means government is not serious. Kondowe argues that government has gone a mile to distance itself from subsequent problems.

“It’s obvious that a student can’t walk over 24 km. To stay in school, some have resorted to self-boarding, but now government comes in banning self-boarding. It is like disowning the problems arising from its failure,” he laments.

Kondowe says it high time government proposes an initiative that would see the CDSS model reviewed and accommodate emerging issues while trying to ensure that it matches the standards in conventional secondary schools with that in CDSS.

He says the CDSS model was adopted to complement the conventional secondary schools, but the situation on the ground now indicates pathetic conditions in CDSS than in the former. He reveals that three quarters of secondary school students today are in CDSS and it makes no sense for a country to train majority of its secondary students in poor learning conditions.

Secondly, Kondowe says government needs to lift the ban on self-boarding and instead regulate its operation to ensure the standards are uniform as opposed to living in denial that Malawi does not need self-boarding for students in secondary schools.

“We need a clear policy that regulates self-boarding. It should set out the minimum standards for all secondary school students in boarding schools, be in self-boarding or boarding facilities at schools,” he says.

During our visit to Muloza CDSS, we noted that because of the ban on self-boarding, students who live outside campus decide on their own where to live and most of them go for cheap houses where standards are compromised. For instance, at one house-turned-hostel, there is no electricity, no running water, no bin and  no pit latrine. When nature calls, students rush to school facilities located about 200 metres from the hostel.

The third solution, says Kondowe, is to capitalise on a project designed to improve facilities in CDSS and upgrade the structures, including constructing hostels to accommodate students from far areas.

However, Kondowe believes the CDSS concept is not bad and says the best way is to make all students walk to school provided there are enough schools that do not subject students to walking over eight kilometres.

“This is doable. For instance, if government can allocate about K2 billion in each financial year for infrastructure development in CDSS, it means in 10 years, the country will have many new schools and the long distances to school will become history,” he says.

He advises government to take advantage of the project by the United States and Malawi governments, expected to construct 200 new secondary schools, to consider having new schools in areas where students walk more than eight kilometres. He says if the schools are not enough and there are not enough resources, government should prioritise construction of hostels in schools where many students walk long distances to access education.

The US government has pumped in about $90 (about K65.4 billion) in the project.

This is also one of the major interventions government is banking on to improve the situation on the ground. Minister of Education, Science and Technology Bright Msaka recently said the 200 schools will help to reduce congestion in schools and the distances students, especially girls, cover to and from  school.

“Once the construction is complete each district will have at least seven secondary schools and this will reduce the distance students walk to and from school,” says the minister.

Another intervention that has already picked momentum is the decentralisation of secondary education which gives the councils power to run schools although there are mixed views on the initiative. The process has already begun in Mzimba North and authorities say the future is promising.

Cases such as that of Maliya CDSS in Blantyre rural, which remains a junior secondary school 20 years since its founding does not demonstrate seriousness on the part of government, particularly when students in Form Three and Form Four from the community are forced to walk 17 kilometres to access another CDSS when a single block with two classrooms can save the tens of students from this abuse. 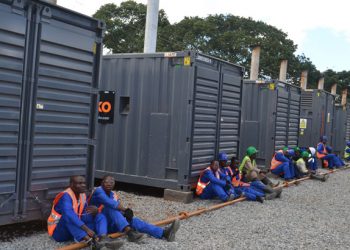 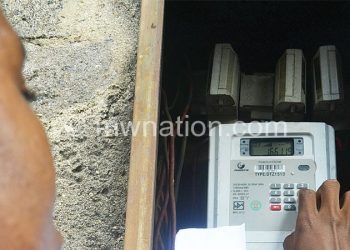 ACB on Escom again over meters