A study by  International Food Policy Research Institute has called for a merger of warehouse receipt systems (WRS) operated by the AHL Commodities Exchange (AHCX) and the Agriculture Commodity Exchange for Africa (ACE).

The study titled Commodity Exchanges and Warehouse Receipts in Malawi: Current Status and Their Implications for the Development of Structured Markets by Bob Baulch indicates that operating WRS in parallel with other warehouse receipts issued by large trading companies complicates collateral financing making it more risky than necessary. 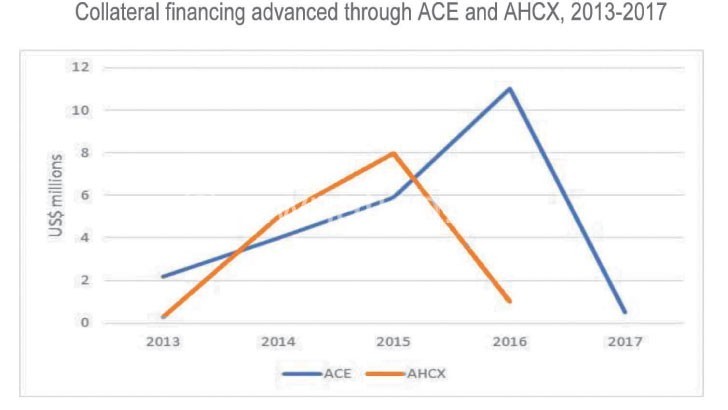 WRS enables farmers to deposit goods, usually grain, in exchange for a warehouse receipt (WR), which is a document issued by warehouse operators as evidence that specified commodities of stated quality and quantity have been deposited at a particular location.

Reads the study in part: “In the interest of transparency, it would also be useful to bring the WRS operated by the two exchanges under a single umbrella.

“Most countries have a single independent WRS that is accepted and trusted by all market participants. In most countries [like South Africa and US] WRS are operated by and for the private sector. However, in other countries [like Latin American and parts of Eastern Europe] WRS are under the control of a government parastatal.”

The study has since recommended that withholding tax to be paid on food commodity transactions of more than K60 000 be removed as it impedes the development of an electronic payments system while driving much of the assembly trade on to a cash-in-hand basis.

A back-of-the-envelope calculation, according to the study, suggests that levying withholding tax on commodities exchanges transactions raises less than K915 million ($1.2 million) per annum at the cost of driving much of the food trade into the cash economy.

“Some analysts might say that a country the size of Malawi is too small for even one commodity exchange given the existence of other commodity exchanges such as South African Futures Exchange and Zambian Commodity Exchange in the region.

“Both ACE and AHCX have only been able to keep going as long as they have because of external financial support,” reads the study.

Structured market for commodities is critical for the country at time foreign exchange revenue from tobacco, the country’s main forex earner, is dwindling every year.

Malawi is one of only two countries in Africa to have two commodity exchanges, the other being Nigeria. n

Agencies out to curb Vehicle smuggling

Mabedi gets nod on transplant

Mabedi gets nod on transplant