Super League of Malawi (Sulom) says it is reviewing gate management and ticket selling processes in line with Covid-19 preventive measures as well as moving towards embracing e-ticketing.

This was resolved during the top-flight football league governing body’s executive committee meeting held on Sunday.

A statement released by Sulom also states that they will engage clubs and all concerned stakeholders in the process.

Reads part of the statement: “Sulom shall commence a restructuring process in its setup to fit its strategic direction of football professionalisation and commercialisation.”

“Among other agenda items at the AGM will be filling the position of legal adviser which fell vacant after Muhammad Selemani was elected in the Football Association of Malawi [FAM] executive committee,” the statement further reads.

Sulom has also announced that it will be  relocating its offices to Chilomoni Stadium with effect from July 1.

Sulom also states that at the moment, they are keenly following all measures and efforts that all stakeholders are executing in the wake of the Covid-19 pandemic so that the game returns in August as proposed by FAM.

“We feel that such steps will go a long way to ensure that players, managers and the fans are very safe and that as a football fraternity, we are also part of the fight against coronavirus.”

He said: “It’s a good move by Sulom because it is actually meeting the demands by clubs to call for an AGM.

“However, clubs should be encouraged to contribute during such meetings so that the challenges we face, could be shared and addressed.”

On his part, Bullets chief administration officer Albert Chigoga said: “It is encouraging that Sulom has finally resolved to call for an AGM. Most of the points which emerged from their meeting directly concern clubs; hence, it is only appropriate to engage and deliberate with clubs as main stakeholders.

“However, our wish is that the AGM should precede restart of the season to avoid moving back and forth.”

Candidates vote amid pockets of violence 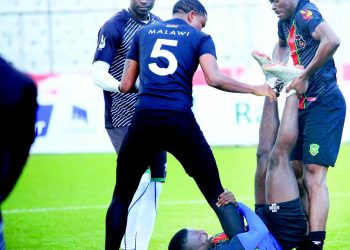 Candidates vote amid pockets of violence