Briefly give us the background of the campaign. What is it all about?

Unicef works to promote and protect the rights of children, including to survival, protection, development and participation. In Malawi, Unicef has three priority advocacy issues, which are: affordable quality secondary education; ending child marriage, and parenting skills. Positive parenting is critical to children’s early development and education and has a lifelong impact. Fathers are just as critical to this as mothers, yet their role is often underutilised.

Research shows that positive interactions with fathers allow children to have better psychological health and life satisfaction in the future.

Unicef’s experience in other countries has shown that public awareness campaigns can be successful in changing people’s attitudes and behaviours. The Government of Malawi and Unicef have launched the Bambo wa Chitsanzo or Super Dad campaign to encourage fathers to be more active in the early years of their children’s lives.

Why the focus on fathers?

The campaign is intended to remind parents everywhere that when fathers nurture their young ones in their earliest years of life—by providing love and protection, playing with them, and supporting their nutrition—their children will learn better, have less behavioural issues, and become healthier, happier human beings.

We need to remind fathers that they are more than just a second parent or an extra set of hands. They are one of the best child development resources we have, and if we are going to give children the best start in life, we all need to fully recognise and utilise this role.

The campaign is also an opportunity to break down cultural and financial barriers preventing fathers from spending quality time with their young children.

As a father myself, I know why this is important. When my son was born, my wife had to stay in intensive care for an extended period. I became the primary carer for my new born son. I fed him the expressed milk of his mother, changed his diapers, and carried him to sleep. He slept next to me and I feel we formed a special bond that continues to this day and has changed my life.

How are you going to spread the message?

The ‘Super Dads’ initiative also forms part of Unicef’s global #EarlyMomentsMatter campaign and at the heart of the campaign is a strong ECD programme cutting across all five goal areas established in Unicef’s Strategic Plan: (1) every child survives and thrives; (2) every child learns; (3) every child is protected from violence and exploitation; (4) every child lives in a clean and safe environment and (5) every child has an equitable chance in life.

The campaign will be rolled out to all the 28 districts of the country, where we would like to work with partners implementing parenting education programmes as well as with the government through ECD coordinators and District Social Welfare officers in the districts.

How is this linked to Unicef’s work?

Unicef Malawi has already prioritised ECD in its country strategy.  Early childhood development (care, stimulation and learning) have not received adequate attention, given their importance for brain development, school readiness, resilience and well-being.

Research points to parents not being well informed or supported to develop responsive and positive parenting skills. The Government of Malawi recently incorporated a new module on parenting, including early stimulation, in the early childhood development (ECD) training package, identifying it as one of its priorities in the updated national ECD policy. About 40 per cent of children aged 3-5 are enrolled in early learning and care centres which lack resources and capacity to provide quality ECD services.

Unicef will continue to push the ECD agenda forward, by inspiring fathers to create an environment of love and protection where their children can survive, develop, and fulfil their potential.

Do you think our culture would embrace this considering that it has usually been mothers taking a leading role in parenting?

The campaign will reach all communities, through various channels. It will be the start of a behaviour change process. People may have doubts along the way before Malawi finally achieves long lasting change in parenting practices. Not everyone will embrace this but there are already many Malawian fathers taking an active role in their children’s upbringing, including our three Super Dads. Our aim with this campaign is to raise the profile of these fathers and inspire others to do the same. There are a lot of fathers who are willing to be more involved with their children but may not have realised that they can. We also want to change attitudes more widely so that active fathers are

Should ‘chitukuko’ matter in elections? 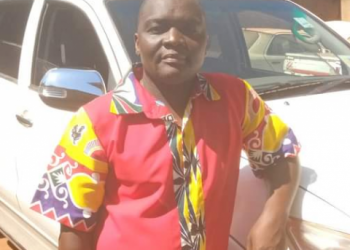 Should ‘chitukuko’ matter in elections?