“Arise, anoint him, for this is he. Then Samuel took the horn of oil and anointed him in the midst of his brothers. And the Spirit of the Lord rushed upon David from that day forward,” 1 Samuel 16:12b-13

Newly established organisation 1for7billion states that the lives and welfare of the world’s seven billion people are affected by the actions, statements and decisions of the United Nations (UN) Secretary-General, a giant and prominent figure in global politics and development.

Despite this larger than life role, this person is selected in secret and in what 1for7billion organisation calls a selection process that is opaque and outdated where just five of the 194 member States of the UN call the shots.

Malawians will remember how the current and outgoing UN boss Ban Ki-moon visited the country and sandwiched into his discussions with former president the late Bingu wa Mutharika, a request for clemency of the two jailed men who had announced their desire to be married.

Bingu did just that (extend clemency) by stretching his Executive hand into the judicial system and had the men released from prison; thereby Bingu made mush out of the legislative provision that bans same-sex unions in Malawi.

Such is the power of the UN Secretary General. Additionally, he has to confront the most difficult and complex global problems. He has the power to prevent wars through mediation, speak the truth to super powers and push governments to take action on issues such as climate change and human rights.

As the selection process of the new UN Secretary General is unfolding, there have been worries that the post has no job description. Hitherto, there is no public scrutiny of candidates and normally the Security Council’s “shortlist” contains just one name and backroom deals can get you elected.  Besides, no woman has ever held the post.

Lastly, 1for7billion argues that the process falls short of the UN’s own principles, current practice at other international organisations and basic recruitment standards(http://www.1for7billion.org). These and other woes have led to a more boisterous selection process this time round, with a line-up of seven candidates geared to wrestle power soon to be relinquished by Ban. There has even been a dialogue with the candidates when member States and civil society held a town hall type session with the prospective UN Secretary General for the candidates.

The UN turned 70 years old and Malawi has been its member since 1964. In 1994, Malawi’s then minister of Broadcasting and Information Brown Mpinganjira stormed into South African Broadcasting Corporation (SABC) and blasted executives for not employing many Malawians despite beaming its programmes into Malawi. Bravo! More of this love in high places of all things Malawian!

Malawi should aggressively push its qualified professionals into junior, mid-management and executive positions that are always up for grabs at the UN. Malawi should be grooming prospective qualified citizens for such contested positions as the President of the General Assembly (PGA), head of agencies and even the Security Council.

If I were the President of Malawi, I would not allow UN official into my presence without taking my list of professional Malawians to be employed in positions available in the official’s particular portfolio: UNAids, Unesco, UN Women, Unicef, UNFPA, FAO, WHO and even the International Monetary Fund (IMF) and the World Bank. For the record, all these organisations have quotas for all member-States, including Malawi and they always have vacancies for which qualified Malawians could be employed. Even jobs like security personnel sourced from either the Malawi Police Service or the Malawi Defence Force could be held by Malawians.

Honestly, I would perform the Bakili Muluzi style; any agency head or high-profile official coming to State House to see me, as President of this country, I would give them my inflated list of qualified people and beg for their inclusion, addition and secondment into the UN System. 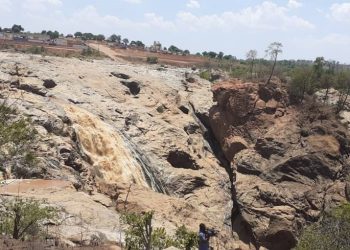