In a society where teenage pregnancy is synonymous with loose morals, girls that fall pregnant face humiliation.

To reduce the stress associated with unintended pregnancy, marriage seems the only way out.

But for 21-year-old Promise Chisale from Robert 5 Village, Traditional Authority Zulu in Mchinji who became pregnant at 19 the marriage option was not feasible as her partner denied responsibility.

Despite being saddened with her pregnancy news, Promise’s mother took the bold step to take care of her daughter who later gave birth to a baby girl.

She says: “It was painful for her when she heard about my pregnancy and I really thank her for not marrying me off.”

Promise recalls how it all started.

“It all started with peer pressure. At that time I did not even know how to use any contraceptives and as a result I found myself pregnant,” she says.

After giving birth, more challenges emerged. Her daughter was frequently getting sick and required a lot of resources to support her.

This made her to consider returning to school to reclaim her lost opportunity.

“Going back to school was the only option as I have always believed that an educated mind can achieve more,” she said.

However, the return to school was not easy as people discouraged her.

“I stuck to my decision. Fortunately, a volunteer offered to pay K15 000 per term for my school fees,” he says.

Now a Form Three student at Unity Private School, Promise, did not sit for her end of first term examinations because she did not complete her school fees.

“The well-wisher relocated. It was difficult to link up until the time for our examinations came. The authorities barred me from sitting for end of term examinations without paying for my school fees in full,” she says.

Her experience in life has triggered a desire to become a nurse some day and help the youth access sexual and reproductive health services.

“I did not have a chance to know about the dangers of teenage pregnancy and what I want now is for my fellow youths to know that there is more to life than doing what their peers are doing,” says Promise.

Promise’s story resonates with many girls in Mchinji. Many of the girls, however, have not been as lucky.

The report also states that child marriage is often associated with limited education and employment opportunities.

In some societies, some parents think that early marriages a remedy to out of wedlock pregnancies.

Lack of motivation and encouragement from both society and parents is blamed for blocking the teen mothers’ way back to school.

In Mchinji, the situation may change thanks to an initiative by Girls Activist Youth Organisation (Gayo), a local organisation that exposes girls to sexual and reproductive health rights and the importance of completing their education.

As a non-profit organisation, Gayo members contribute money to do their advocacy role in communities on early pregnancies and marriages to both the youth and parents.

Batch said between September 2017 and September this year, 64 girls who were once married have returned to school.

“It has been challenging to achieve all this. Parents were reluctant to allow their children to go back to school citing poverty as a main constraint.

“Sometimes we were even told to take the girls with us and provide for them which is very hard for us as we also do not have that strong financial muscle,” he says.

Child protection activist Amos Chibwana says everyone has the right to education and a girl child is privileged to go back to school after giving birth.

Of late, actions to end child, early and forced marriage have increased at international, regional and national levels.

Specific efforts by organisations are undertaken to the implementation of the United Nations Sustainable Development Goals (SDGs), particularly goal 5.3 which indicates the need to eliminate all harmful practices, such as child, early and forced marriage and female genital mutilations. 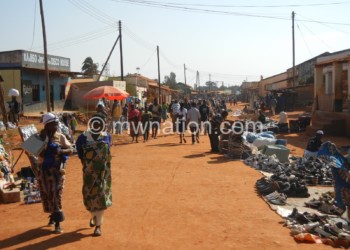