by Kondwani Kamiyala
in Editors Pick, Society
4 min read
0
Share on FacebookShare on TwitterShare on WhatsAppShare on LinkedinLinkedinShare via Email

For many, reggae music is for the wild and wayward of this world. And, the roots reggae hallway is male-dominated.

For that matter, few Malawian artists, if any, have played reggae with an international appeal. Not for Tamanya-Waka.

She treads where most women fear. And, she does it with such agility that she breaks physical barriers across the borders of Malawi. She became the first Malawian artist to perform at the international reggae festival Reggae Sunsplash, a showcase that has seen performances by the names that matter in reggae business.

The Ivory Coast-based artist is currently in the country where she has performed alongside the Black Missionaries. Tamanya-Waka, whose real name is Tamanyawaka Chavula rocked the show at the Motel Paradise in Blantyre during one of her homecoming concerts.

That night, she performed some of the songs that define her being like Kaya, Soldier, among others.

Tamanya-Waka has graced the stage in Malawian festivals like Lake of Stars, Sand Music Festival and the Sound and Light Concert.

She reckons not many female artists are comfortable with reggae music because it is associated with unruly behaviour. For her, reggae is her life.

“It is a passion for me. It just comes natural. Even from the age of eight, reggae became an integral part of me. My music is about love, peace and unity. My aim is to put Malawi on the international map,” says Tamanya-Waka.

And she does just that. She signed a deal with the Austria-based House of Riddim Records, a label that boasts of recording reggae artists, even those singing in their mother tongues from Albania to Zimbabwe.

Her second album, Ndadza ndi Nyimbo was recorded under the label in 2009, three years after she dropped her first album, Diso la Yehova which was recorded at Ralph Ching’amba’s Ralph Records. Her other album is Reggae Riddims.

That is not her last album. “I am working on a new album, Reggaelised which is almost done. It will be out later this year,” she says.

Her stay in Ivory Coast has also helped her be in touch with Alpha Blondy through one leading band, The Wise Men Band.

“Through the record label, I am an artist in Kuwala a song bringing together artists from all over the world,” she quips.

Tamanya-Waka takes Burning Spear as her idol. That, she adds, is because the Jamaican brings undiluted roots reggae.

But where did she find the knack for reggae? Her childhood laid the foundation to seek truth and justice.

“I grew up not knowing my father. It was my grandmother who raised me. She made me join the choir while I was six. It wasn’t until I turned 20 that I got to know my father. That is, after years of searching and piecing my life together,” she observes.

Discovering that her father was from Chileka brought a stronger bond with the Black Missionaries, whom she has been working with whenever she is back home.

“Most people think reggae is for the wretched of this world. For a woman to venture into the genre and soar to her heights makes us proud,” he quips.

Just like Fumulani, Tamanya-Waka believes the worst that is happening to Malawi today is the killing and abduction of people with albinism.

“It is too bad. They have a right to life, a right to exist. As artists, we have to speak out against this ill. We have a lot of Malawian artists who have the talent and creativity to bring out the issues in our country. My only advice is that musicians should not lose focus and let fame get to their heads,” says the former Our Lady of Wisdom student who later studied Business Administration.

As for the future, she looks deeply into prospects of perfecting her sound engineering skills.

“She breaks the barriers of stereotypes. She shows us a woman can be a professional musician in a male-dominated genre. She carries our flag internationally in promoting reggae which was declared as world heritage of intangible culture by Unesco,” says Makhala. n 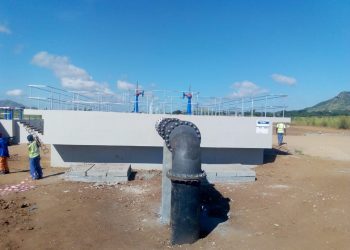